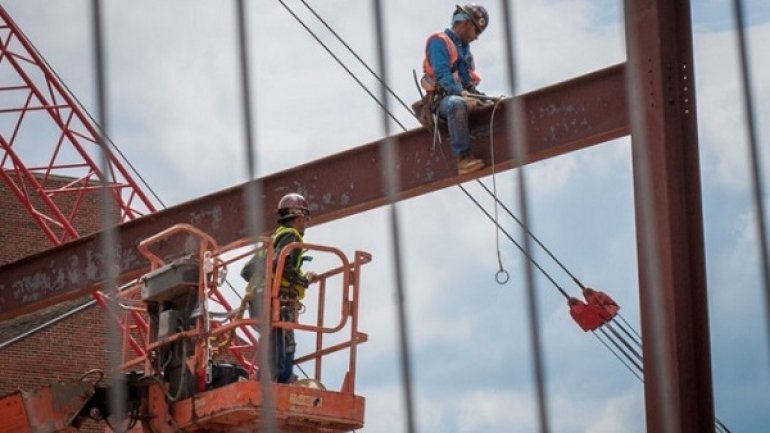 Dozens of residents on Matei Basarab Street in Râşcani District carried out protest against the building of a shopping center nearby their apartments. People are disappointed with the fact that nobody has asked for their consent and false documents are presented.

The company's representatives refused to speak with the Publika TV as well.

Construction works of the shopping center began five days ago. However, this plan has not informed to local residents which dissatisfies them.

"We are not informed of this construction. It's really noisy and messy because of this work", said a resident.

According to local people, the construction is guarded by security agents, who also have no authorization.

People want to be heard by the authorities and take action in this case: "We reserve the rights to be announced and asked for opinions. Responsible people should give on air their voices"

The representatives of the Râşcani sector claim they don't obtain any information and necessary documents regarding the construction have not presented as well. They promised to document everything and return with details. Construction works of the shopping center began on 31 August during the night.