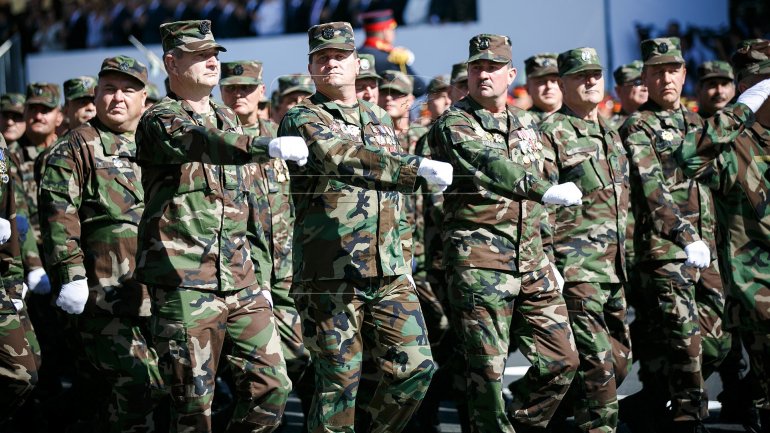 Scandal at the third extraordinary congress of the National Union of Independence War Veterans. The organization's management accuses some of his activists, who are members of Dignity and Truth Party, of trying to politicize the work of the Union. On the other hand, those concerned say that the meeting was convened illegally and they were not allowed to attend the meeting.

Thus, the Independence War Veterans Union Congress began. Several members, of which is said to be members of Dignity and Truth Party were not allowed to attend the meeting. They accused the administration of the organization of illegalities.

"We have to do the Administrative Council at which is given the proposal to make the National Council, which alone appreciates, according to status, decides how many delegates there should be, when the Congress is carried out and on what issue," said the vice president of Veterans Union, Anton Gamurari.

On the other hand, the Union leadership states that, according to the status, the extraordinary congress is convened by members of the National Council, which was happened.

Eduard Maican states that some Union members belong to the DA Party, behind which are gangsters Topa, and is trying to attract the organization in political games.

“Some members of the Union, who hold leadership positions within it, are taking destructive and voluntary actions, thus damaging the image of war veterans and the Union, it is evident that these actions are aimed at disunity” said honorary president of the Veterans’ Union, Eduard Maican.

“I think even they are not happy, but entered the political games and eventually will regret for the deeds they have done” said vice president of Veterans’ Union,  Alexandru Cimbriciuc.

The new president, elected by the Congress, also speaks about the attempt to politicize the National Union of Independence War Veterans.

At the same time, the vice presidents Anton Gamurari and Mihail Tomacinschi, members of Truth and Dignity Party, were excluded from the leadership of the Union for political actions.

Earlier, the media wrote that some leaders of combatants were preparing violent actions for the protest on 24 April 2016.

Journalists from Today.md took possession of an audio recording in which Tomacinschi speaks about veterans’ mobilization and tactics of street fighting.