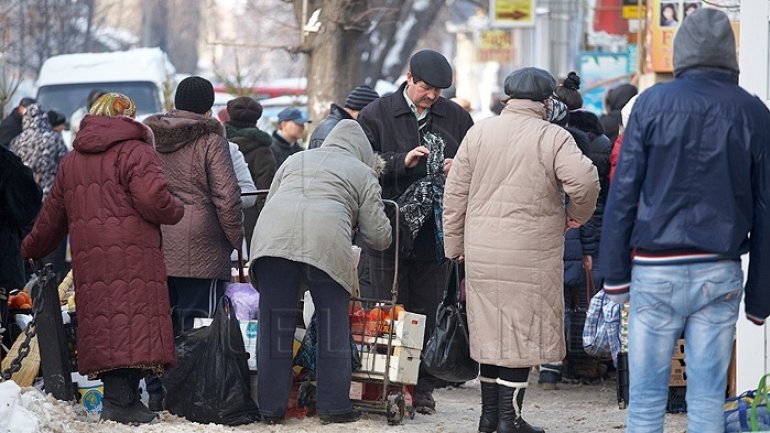 The merchants working in a Balti agricultural market, recently opened after renovations, are unhappy with the way the works were executed. Vendors say they are neither comfortable in exposing their products nor in serving customers.

They are upset that now have to pay more to lay out their merchandise on stalls:

"We put the merchandise on the shelves, but we don't have a normal booth to serve our customers. We should fly over them to do our job. I don't know how to sit in this new stand. We're having our backs to customers".

Vendors say that the new booths installed by the administration are uncomfortable. Moreover, they were mounted so that in the place where previously were working two traders, now are forced to cram four persons:

"Where an old lady in a wheelchair would pass? Even we, vendors do not have where to sit. These are rather shelves for toys but not for food."

"This is like in Europe!This is what they said."

"So far, were two people at a booth, now we stay four people on the same place."

The customers were dissatisfied too:

"These stalls are not comfortable. Neither traders can use them nor us. I came to buy something, but I have nowhere to put my packages. There didn't think of us."

"Stalls should be made so we can see the merchandise. You don't know where to go to find what you need."

The Market administration admits that they didn't consult with people when they decided to install the new stalls.

"We plan to mount a wall to restrict market from the road, so we won't have any wind and dust, but the booths will remain. We thought it would be better," said the manager, Bogdan Bondariuc.

The agricultural market from the eighth neighborhood of Balti was opened after renovation on December 30, 2016.