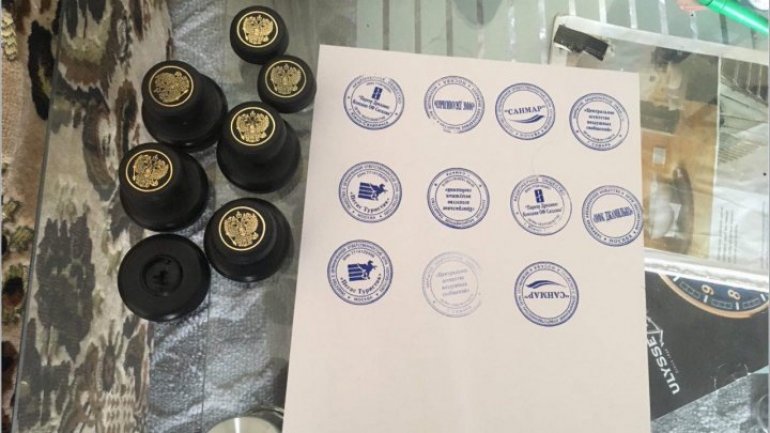 A group of scammers stealing money from bank cards outside country was detained by Office of Prosecutor General (PCCOCS) and officers of INI's Computer Center for Combating Cybercrime.

According to prosecutors, members of the criminal group created 3 fictitious companies operating in the field of travel through the territory of the country, through which they acquired POS terminals at banking institutions and stole money without cards presenting.

Following the investigations, individual suspects from the Republic of Moldova who were found to be citizens of Ukraine and the Republic of Belarus were found. Moreover, the administrator of one of the companies was detained and subsequently placed in custody for a term of 30 days.

Following the searches, they were detected and picked up as evidence shown: The POS terminal used for money-laundering, a skimming machine used to copy bank card data and fake stamps.

Thus, individuals fictitiously performed service payments worth more than 100,000 lei and attempts to evade funds in the amount which exceeds 400,000 lei, using POS terminals as well as bank cards issued by US, Russian and Kazakhstan financial institutions.

The suspect risk imprisonment of up to 9 years.