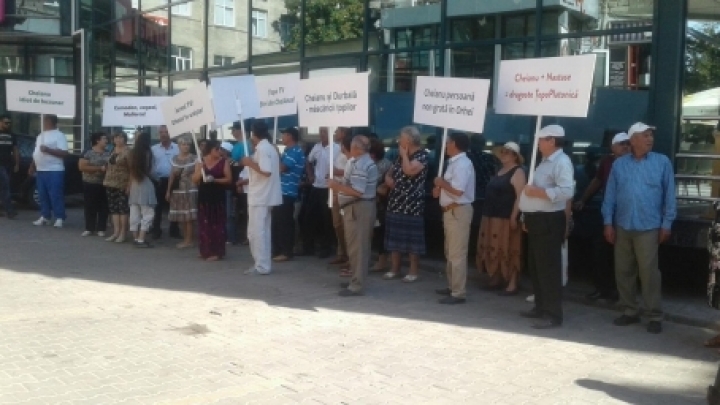 Protesting against the Dignity and Truth (DA) Party in Orhei. Dozens have gathered in front of the Culture House where the members of the party of the gangsters Victor and Viorel Ţopa have held a party rally. The demonstrators have asked the representatives of the DA Party to leave their town, accusing them of corruption and involvement in dirty political games.

The protesters accuse the DA members, a party led by the convicted mobsters Victor and Viorel Ţopa, of repeatedly offending the Orhei people, including through presenters from Jurnal TV, a station controlled by Victor Ţopa.

"Here we are all the genuine citizens of Moldova, here we are peacefully protesting against the Da Platform, against Jurnal TV. They have proven they are corrupted all these years, they are liars humiliating their people and are led by two fugitive oligarchs who are now in Germany, the Ţopa brothers," said a local councilor, Pavel Berjanu.

The members of the DA Party have not responded in any way to the people’s protests and accusations.

People from Orhei recently protested in front of Jurnal TV’s premises, unhappy with being offended by that station.

The people have shouted slogans against the lies aired in the programs of the station financed by the criminally convicted Victor Ţopa.