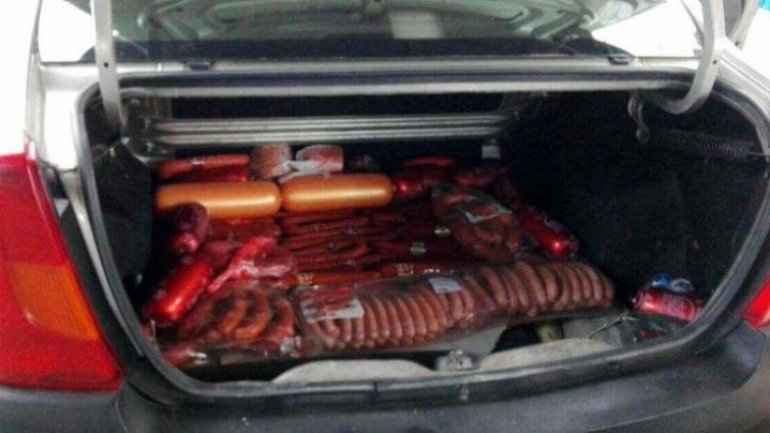 Sausages and salami without origin documents, supposed arrive in Moldova, were taken by border guards at the border with Ukraine.

According to the Force Police, a 26-year-old Moldavian presented himself for rigorous checks at the "Otaci-Moghileov-Podolsk" crossing point, entering the country, driving a car, registered in Balti.

As a result of the inspection of the car, around 56 kg of sausages and salami in the assortment without documents of origin, were found.

The man said food was served as personal consumption. This was not his first time in this offense.