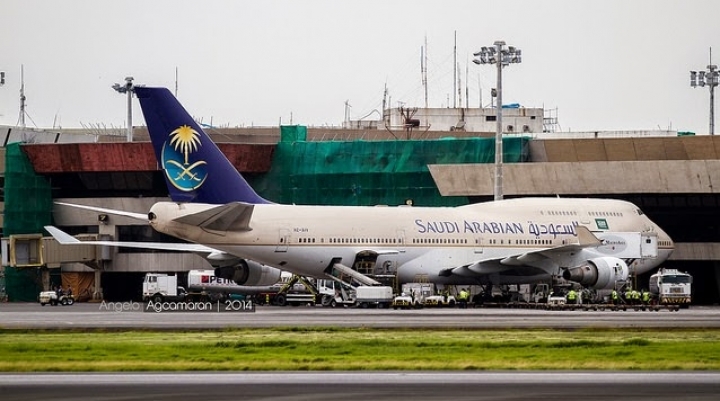 (UPDATE 12:48) Philippine officials say a Saudi Arabian Airlines plane from Jeddah made a distress call Tuesday shortly before landing at Manila's airport and was placed in isolation after it touched down, but the flight crew later said they made a mistake in sending the emergency message.

A commercial flight from Saudi Arabia was placed in total isolation upon landing at the Ninoy Aquino International Airport on Tuesday afternoon.

In a statement, the Manila International Airport Authority (Miaa) said it received information from the Manila Control Tower that Saudia flight SVA 872 from Jeddah was “under threat” 20 miles before landing.

The plane is carrying returning pilgrims from the annual hajj. Passengers should have disembarked at 1 p.m.

Miaa said it is still confirming reports that the plane was hijacked, adding that it was isolated for security protocol.

Miaa said authorities are conducting standard operating procedure in accordance with the airport emergency plan, according to Inquirer.net.