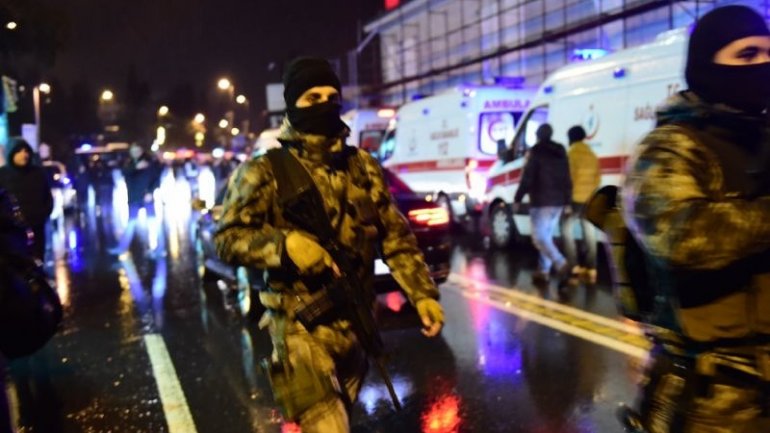 (12:48) Dozens of people were killed early Sunday when at least one gunman opened fire on revelers celebrating the new year in one of Istanbul’s most popular nightclubs, in the latest in a series of deadly terrorist attacks that have shaken Turkey.

Turkish officials put the death toll at 39, with at least 70 people wounded, according to news reports. Witnesses described gunmen spraying the crowd with gunfire, and stampedes of panicked patrons scrambling for cover at the waterside club, called Reina.

The assault began about 1 a.m., when a gunman shot and killed a police officer who was guarding the door, according to Istanbul Mayor Vasip Sahin, who spoke to reporters in front of the club about two hours after the shooting. After killing the policeman, the gunman “brutally and violently attacked innocent people who came here to enjoy themselves,” Sahin said, calling it a “terrorist attack.”

Sahin mentioned only one assailant, but other witnesses, speaking to local media, said they had seen two or more. It was not immediately clear where the attacker or attackers were.