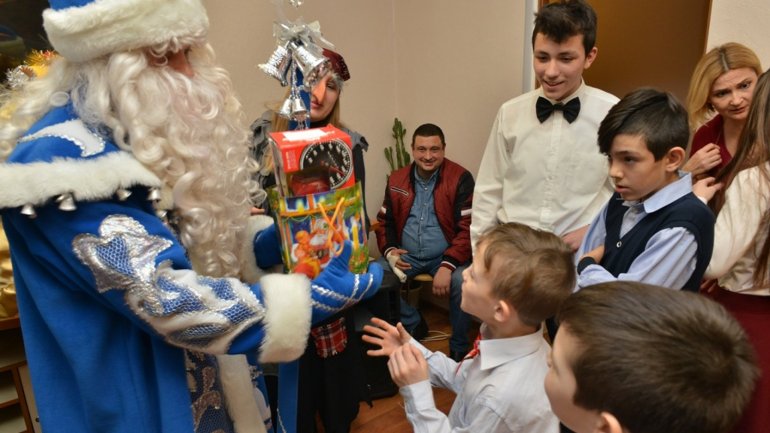 Gifts from Santa Claus have reached this year residents of Center of Temporary Placement of Street Children "Rainbow of hope", from Vadul lui Vodă. The children could not wait for Santa Claus to visit them, as they all wrote him letters. During a concert, they sung carols and made New Years wishes.

At the event participated actors from "Guguţă" theater and it was organized by interim Mayor of the Capital, Silvia Radu, who was also invited to a dance by the children.

Their enthusiasm cannot be described in words. In the bag of toys of Santa Claus fitted all that children wished for, from newest gadgets to various costumes.

"This Center has never experienced such a thing before. We are happy that Ms. Silvia chose us. We are grateful for this noble act. The children were very happy today" director of the Center of Temporary Placement, Tatiana Vorona, declared.

"I am glad to feel early the Christmas spirit when looking at those smiles. I hope we will maintain this tradition in the following year as well" interim Mayor of the Capital, Silvia Radu said.

At the beginning of this month, interim Mayor of the Capital purchased a Christmas Tree for the Great National Assembly Square from her own pocket.

Along with the economic agent, she decided to make those holidays more memorable for the 21 children from the Center of Temporary Placement from Vadul lui Vodă.