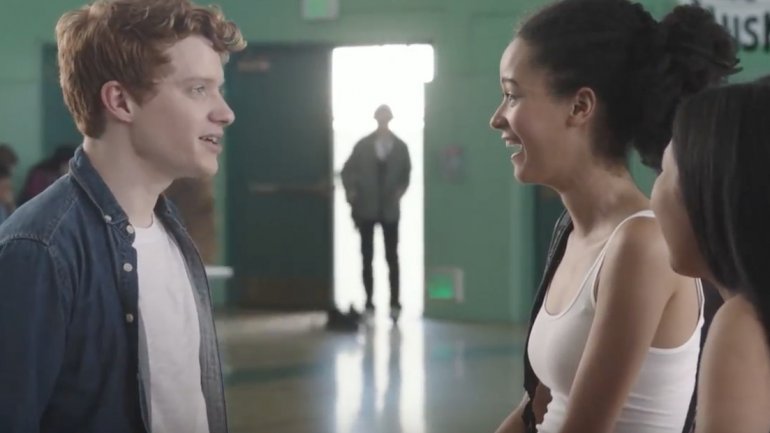 The video, part of Sandy Hook Promise’s “Know the Signs” campaign, follows a young, high school boy named Evan as he leaves notes for a mysterious pen pal on a library desk. After much anticipation Evan finally comes face-to-face with the pretty girl behind the written notes. Yet, their brief introduction is interrupted as another student enters the school with a gun.

The catch — the shooter was lurking just behind Evan in many of the scenes, displaying what the group says are warning signs of gun violence.

“These acts are preventable when you know the signs. Everyone has the power to intervene and get help. These actions can save lives,” Co-founder of Sandy Hook Promise Nicole Hockley told CNN.