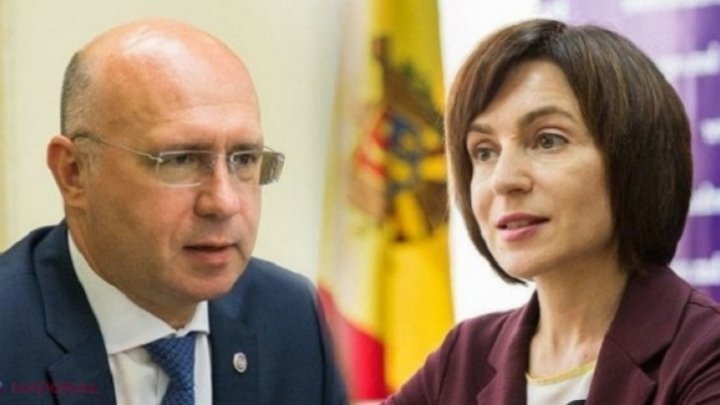 Last evening, the Prime Minister Maia Sandu made an announcement on Facebook about her visit to Kiev. After her visit, the 90-days restriction of staying in Ukraine for the Moldovan transporters of goods and passengers was removed. Sandu presented this information as a success of the actual governance. As a reply, the former PM Favel Pilip wrote on Facebook too: 'it would be of appreciation if the politicians from the power would demonstrate that they are of another kind, that are correct, say the truth and know how to recognize a good thing, even if it comes from the political opponents'.

Favel Pilip explained that for the first time, this subject was discussed with the Ukrainian PM Volodimir Groisman at Odessa, in September 2017. Subsequently, during his visit in Chisinau, in October of the same year, they finalized more concrete facts.
The document which solves this problem was signed after a year, in October 2018, during the visit of the PM Groisman at Chisinau.

'The best experts of the both countries worked upon this problem. It was solved after Kiev fulfilled all the internal procedures and yesterday, this process was finished (we fulfilled it since the last year). It was a two-years of hard work and I want to thank all who was involved into the process. I am thankful to the colleagues from Kiev of finishing a process which we started two years ago', wrote Pavel Filip.

Pavel Filip also says that the declaration of the actual PM is reminding him of Donici's fable 'Musca'.

Filip also says if the actual power has found the magic wand for solving problems, 'I wish them success to solve with the same speed the other sensitive stuff from the Moldova-Ukraine agenda: the Novodnestrovsk Hydropower Complex's functioning, finishing of the demarcation process of the state border, the activation of all the common control customs at the borders'.