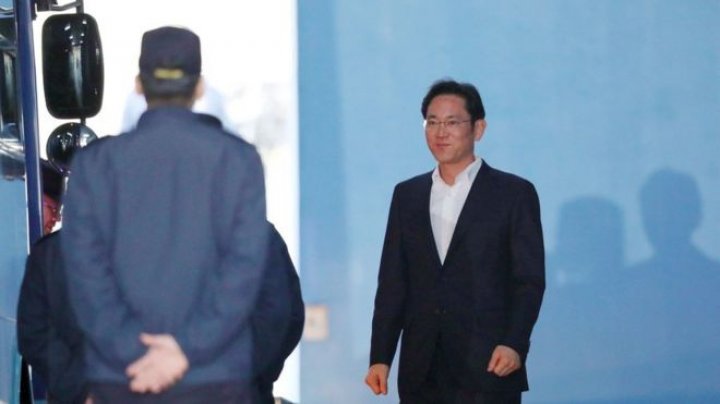 Samsung heir Lee Jae-yong has been freed from jail after a South Korean court suspended his five year jail term for bribing the country's ex-president.

Seoul High Court upheld parts of the conviction, but used its discretion to release the executive.

Prosecutors may challenge the decision in the country's supreme court.

The case gripped the public amid growing anger against the country's biggest companies, known as chaebols, and their influence on wider society.

In Monday's hearing, the court halved Lee's original sentence to two and a half years - and suspended the sentence for charges including bribery and embezzlement, meaning he does not have to serve any more prison time.

Despite his release, Lee plans to appeal against the remaining guilty verdicts, his lawyer said.