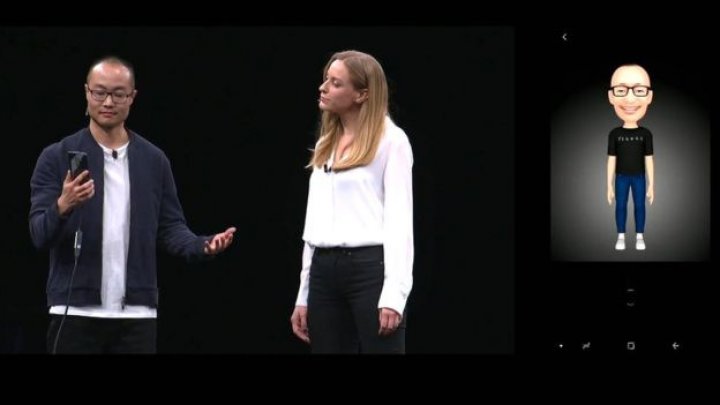 New and improved camera capabilities are the main thrust of Samsung's pitch for its latest flagship smartphones, the Galaxy S9 and larger S9+.

The handsets gain a super-slow-motion facility designed to make it easy to extend key moments of action. They also gain a type of lens that should improve low-light photography.

Samsung's sales rose in 2017 but not as fast as those of many Chinese rivals, wrote BBC.

That may make marketing the S9 a challenge since the phone's design also strongly resembles that of the existing S8. Slightly smaller bezels at the top and bottom and a new position for the fingerprint sensor are the biggest alterations.

The S9+ is only a little more distinct from the S8+. It now features two camera lenses on its rear, providing different fields of view and allowing photo backgrounds to be digitally blurred.

"I'm not sure if the improvements will be enough to make people rush and upgrade," commented Francisco Jeronimo, an analyst at market research firm IDC.

"The quality of the camera is a purchasing driver for many consumers, and Samsung's does appear better than Google's Pixel 2."

"But I was expecting to see more development around its intelligence - it still relies on the cloud, meaning you need to be connected to the net to do live translations, for instance."

By contrast, he added, Huawei's latest phones can translate words they are shown while offline thanks to their use of a new chip technology.

Samsung held its launch on the eve of the Mobile World Congress tech show in Barcelona.

The biggest hardware change to the S9's camera is that it now features a variable aperture, with a choice of two settings.

At its widest setting it allows in more light, which can be helpful in dim conditions, but at a cost of having shallower focus.

It is not the first handset-maker to do this. Nokia offered a similar technology in its N86 phone in 2009, but the innovation failed to catch on.

But its standout feature is the capacity to slow down video while keeping it in high-definition resolutions: 960 frames per second in 720p and 480fps in 1080p.

In both cases, owners must determine, at point of capture, the 0.2 seconds that get turned into six seconds of footage, at the slowest setting. This can be a challenge to get right.

While Sony relies on users pressing a button at exactly the right moment, Samsung's S9 auto-triggers the function when motion is detected in a chosen part of the screen.

Other camera-related innovations include the introduction of AR Emojis.

These are animated cartoons created from facial scans of the owners that then mimic their expressions. They are similar in concept to Apple's animal-based Animojis, but Samsung suggests its version is more "personal".

The Bixby Vision image-recognition app gains the ability to identify foods the camera is pointed at and estimate their calorie content.

And the phone now combines data from its iris and facial-recognition systems to improve their reliability.

Samsung, however, declined to provide a failure rate to permit a comparison with Apple's one-in-a-million statistic for its Face ID facility.

IHS Technology's Ian Fogg said the risk for Samsung was that if consumers do not view the new features as a huge leap forward, they might prefer to wait to see what the S10 offers.

"The typical Samsung upgrader probably has an S6 or S7," he explained

"Samsung has delivered significant incentives to upgrade with the improved camera and the larger display, compared with the older phones.

"But the problem is that those handsets from two to three years ago are still very usable and will still feel pretty good to many."