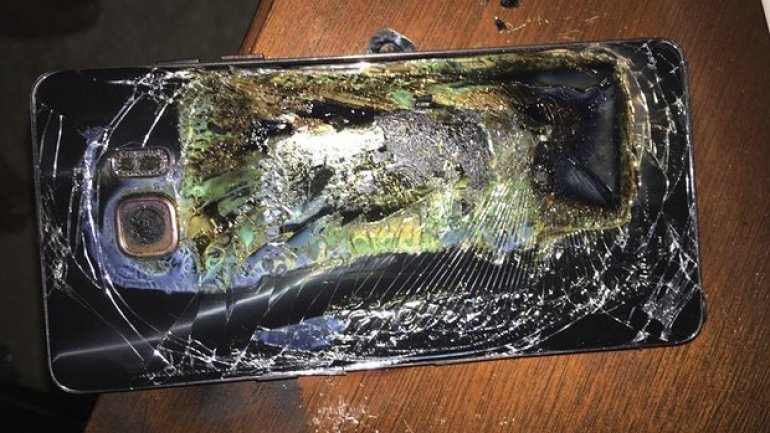 Samsung appears to be taking no chances with its potentially explosive Galaxy Note 7 – supplying customers with an elaborate kit to use when returning their phones, reports The Guardian.

The safety precautions include a static shield that needs to be put inside a box, inside another box, inside a final flameproof box – and a pair of gloves for handling the protective materials involved.

Samsung confirmed on Tuesday it was permanently stopping production of the smartphone after batteries caught fire and exploded – both on the original phones and their replacements.

The company has advised customers with original or replacement Galaxy Note 7s to stop using them and get in touch for a full refund or replacement Samsung product.

Customers have also been asked to return their phones by ground mail because of the risk to aircraft in flight if the batteries explode.

The return kit, as shown in a video posted to YouTube by the US-based XDA Developers group, seems to be designed to minimize the risk of the phones causing any more havoc.

The outer box carries the warning that it contains damaged and defective lithium batteries forbidden for transport by air.

As per the included instructions, the phone should be placed within a “Static Shielding Bag”, then a cardboard “OEM Replacement Box”, then another cardboard “Inner Box”, then the outer “Recovery Box”.

The gloves are for people who are sensitive to the ceramic fibre paper lining the outer recovery box.

Mario Tomás Serrafero of XDA Developers said the kit highlighted the extents to which Samsung was going to ensure customers’ safety.