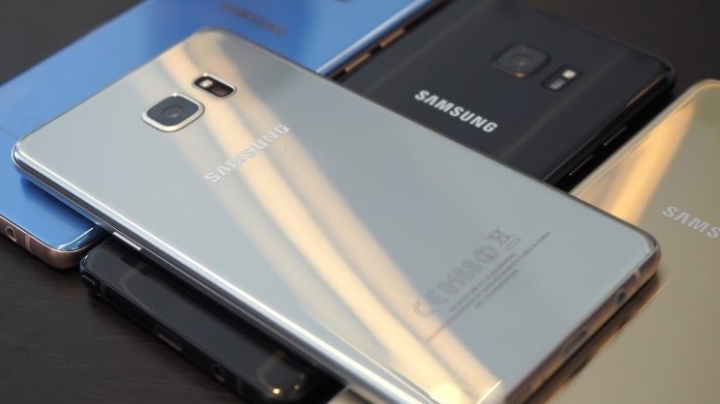 The proverbial excretion has just hit the fan, though perhaps to no one’s surprise. Samsung has just made it official: it is recalling the hundreds of thousands of Galaxy Note 7 units it already sold worldwide. It really can’t do otherwise. In case you missed it, this recall follows Samsung’s investigations into reports of phablets bursting into flames while being charged. Which is to say the company has just confirmed those reports to be true, slashgear.com reports.

The situation is quickly becoming a nightmare for Samsung. The Galaxy Note 7 is, by general consent - ours included - one of the best smartphones this year. Actually, it still is, as long as it doesn’t suddenly combust, as was alleged in complaints hurled at Samsung and making the rounds online.

Samsung’s representatives said in a press conference in South Korea today that the company is conducting a thorough investigation, and that only 35 instances have been recorded so far. Still, as a necessary precaution it is freezing sales and will be replacing all Note 7 handsets in the wild.

"To date (as of September 1) there have been 35 cases that have been reported globally and we are currently conducting a thorough inspection with our suppliers to identify possible affected batteries in the market," Samsung said in a statement. "However, because our customers' safety is an absolute priority at Samsung, we have stopped sales of the Galaxy Note 7."

The recall will, of course, cause it no small amount, in cash and in reputation. In South Korea alone, it is reported that the company already sold as many as 400,000 units. Meanwhile, the Galaxy Note 7 has been on sale in other countries worldwide for several days now. It’s probably good, then, that it slowed down sales in response to the demand surpassing supplies; carriers have already ceased sales in preparation of the recall.

The PR fallout, however, will be even greater, not to mention the possibility of a lawsuit. If Apple itself gets sued left and right for software bugs, you can already imagine what a potentially fatal manufacturing flaw would ensue. Samsung might be able to blame it on third-party components, but a recall would stack the evidence against it.

As for how those already with a Note 7 in-hand will process the exchange for a revised version - and, indeed, how long it will take for that to take place - that'll depend on individual countries. Samsung isn't giving a definite timescale at this point, though it's not hard to imagine that - even in a best case scenario - it could be late September or even pushing into Q4 before it can ramp up once more.

"For customers who already have Galaxy Note 7 devices, we will voluntarily replace their current device with a new one over the coming weeks," Samsung said.