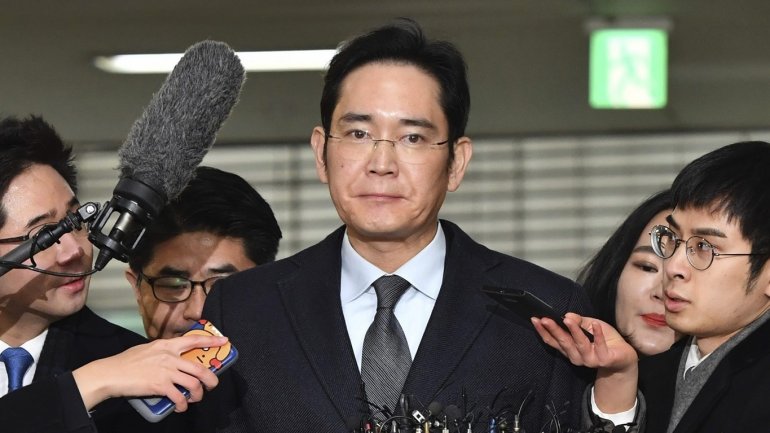 The case is linked to a massive scandal that led to the impeachment of President Park Geun-hye.

Mr Lee is accused of giving donations to non-profit foundations operated by Choi Soon-sil, a friend of Ms Park, in exchange for government favours.

Mr Lee, the Samsung group and four other Samsung executives who are also on trial all deny wrongdoing.

Mr Lee did not appear in person on the opening day of the trial in the capital, Seoul,

The trial is expected to go on for several months.