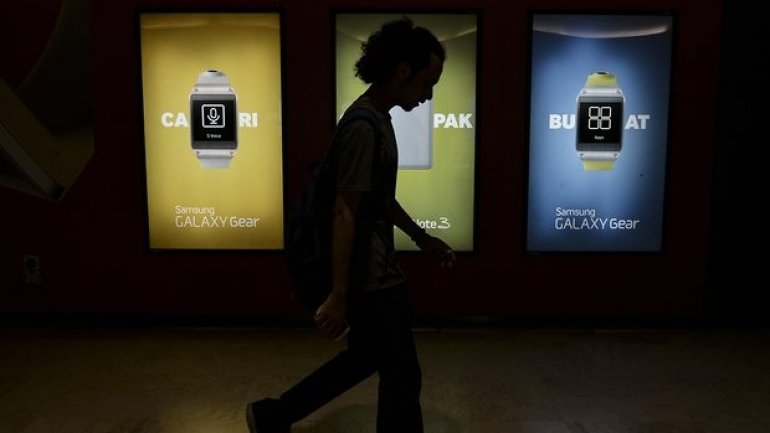 Samsung and Panasonic, two of the world’s leading electronics brands, are facing allegations that workers in their supply chains are being duped, exploited and underpaid in Malaysia, reports The Guardian.

The two companies have launched investigations into allegations of abuse made by Nepalese workers after a Guardian investigation raised multiple concerns about their treatment.

The men said they had been deceived about pay, had their passports confiscated and had been told that they must pay large fines if they wanted to return to Nepal before the end of their contract. They also claimed they were forced to work for up to 14 hours on their feet without adequate rest, and with restricted toilet breaks, in an attempt to settle recruitment fees of up to £1,000 – they said they had to pay this money to secure their jobs.

They said they felt “cheated” and trapped in their factory jobs making or assembling components for household electrical goods sold on the global market.

The Guardian spoke to 30 Nepalese migrants making products for Samsung and Panasonic. Some of those working for Samsung are employed directly by the company, but the majority are hired through a labor supply company. The workers assembling or making parts for Panasonic are employed by subcontracting companies.

Both Panasonic and Samsung forbid their suppliers from confiscating passports or charging migrant workers recruitment fees. Yet all the men interviewed by the Guardian claimed they paid up to £1,000 to recruitment agents in Nepal to secure their jobs in Malaysia. They all also claimed that their passports were confiscated on arrival in the country, illegal under Malaysian employment law.

Workers said this restricts their freedom of movement and leaves them open to detention by the authorities. Without their passports, the workers said they couldn’t freely leave their jobs and return home without paying fines equivalent to three or four months’ basic salary.

Both Samsung and Panasonic have said they are opening investigations into the conduct of their suppliers following the claims.

The use of labor supply companies and subcontractors is common practice for foreign firms making goods for export in Malaysia but is a system ripe for abuse, according to labor rights groups in the country.

Workers making Samsung products said they were threatened by supervisors at their labor supply company when they said they were unhappy with their work and wanted to return home. “They told us, ‘If you don’t work, or leave without paying, we’ll bury you in Malaysia,’” said one man.

Workers for the labor supply company used by Samsung also claimed they were deceived about the nature and conditions of their work. They said they had been forced to pay illegal fees by recruitment agents used by their labor supply company hours before they departed for their new jobs. Some said the salary they were promised in Nepal was higher than the pay they were now receiving in Malaysia.

A spokesperson from Samsung said: “As a committed member of the Electronics Industry Citizenship Coalition (EICC), we comply fully with the EICC’s Code of Conduct and have found no evidence of violations in the hiring process of migrant workers hired directly by our manufacturing facility in Malaysia. Once there is any complaint, we take swift actions to investigate.

In a factory in the capital, exhausted workers making parts for Panasonic spoke of having to work week after week of 14-hour shifts to try to repay the money they gave to recruitment agents in Nepal. Some said they were still far off paying their debts 15 months after arriving in Malaysia. Others claimed they had been told by their companies they must pay the equivalent of three months’ wages if they left before the end of their contract.

Workers assembling Panasonic products in the southern city of Johor Bahru said that they sometimes only received 700 ringgit (£133) a month – half of what they were promised – after production slowed due to a lack of orders.

Life beyond the assembly line is difficult too. In accommodation visited by the Guardian, workers were living in a grim hostel in an industrial area in Johor with 14 men crammed into one moldy room.

In an emailed statement, Panasonic said, “Panasonic will conduct a full investigation into the claims made by the Guardian. We are taking these allegations very seriously and if, in fact, we discover that one of our suppliers has violated such laws or regulations, we will ensure and require them to take necessary corrective action immediately.

“We expect all of our suppliers to strictly comply with our CSR [Corporate Social Responsibility] policy and declaration. These expectations are outlined in Panasonic’s contracted terms and conditions with each supplier. We do not tolerate breaches of these terms.”

The electronics sector in Malaysia, which accounts for nearly 35% of the country’s export economy, has faced international scrutiny for its treatment of migrant workers. In 2014 a report by supply chain watchdog Verité found that nearly one third of workers in Malaysia’s electronics sector are in forced labor, and called for wide reforms of the policies of foreign companies operating there.

“Brands working in Malaysia have to recognize that the standard operating procedure for labor contractors is debt bondage and this has ramifications,” said Phil Robertson, deputy director of Human Rights Watch in Asia.“Taking someone from Nepal and putting them in a factory in Malaysia costs money, and if these costs are not being factored into the price of a phone, or a microwave or a speaker, then they are complicit in a system that expects the workers to suffer as a result.”
AFLĂ imediat Știrile Publika.MD. Intră pe Telegram