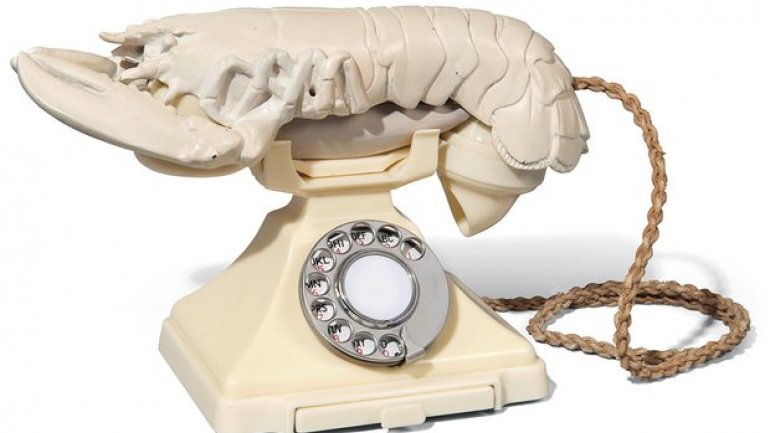 Salvador Dali’s lobster telephone and Mae West lips sofa – two of the most famous surrealist objects ever created – are among hundreds of artworks to be sold at auction to help fund a permanent display of their extraordinary history, The Guardian informs.

They are among 200 works from the Edward James foundation that will be auctioned by Christie’s in December, in a sale expected to raise up to £2.5m. The sofa is estimated at up to about £400,000, and the lobster telephone up to £250,000.

Both artworks were made in the mid-1930s, when Dalí was broke and Edward James, his millionaire friend, poet and highly eccentric patron of the arts, offered him a monthly salary for a year in return for everything he made.

There were several lobsters and five of the spectacular, but hideously uncomfortable, sofas – Dalí said he modelled them on some particularly painful rocks on the beach at his Spanish home in Cadaqués – and originally James kept the lot in his unconventionally decorated London and Sussex homes.

A proposal some years ago by the trustees to sell far more of the collection was bitterly opposed by many of the staff and students.

The sale includes a large group of paintings by the Russian-born Pavel Tchelitchew, an artist James supported for years. Many more conventional objects inherited from his father – including family portraits bought with the house and a pair of blue vases on gilt tripods he believed originally came from Versailles – will also be on display.