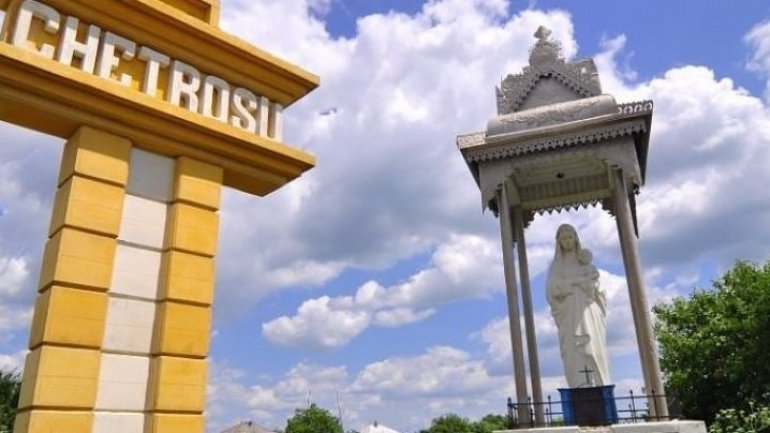 The event was attended by dozens of popular craftsmen, residents from all over the district, as well as folk ensembles that lit up the atmosphere.

"The goal is to show the living customs of the village, of our ancestors, and we usually invite neighboring villages to exchange cultures we have," said Ion Prodan, mayor of Chetrosu village.

"I accepted the invitation from the first moment. I came with a group of 20 people," said Valeriu Tizu, Mayor of Petreni commune.

The event was also participated by the popular craftsmen coming from several regions of the country.

"The event is like a painting showing how Moldovans living. This is interesting!", explained a popular craftsman.

Participants say the festival is an opportunity to meet with loved ones, but also to buy seasonal fruits and vegetables.

The organizers say such event is necessary in the north of the country.

"We realized that it would be good to have such a festival, to show all the traditions, customs and all our values of the Moldovan people. The young generation must know and preserve them " said Corneliu Padnevici, deputy PDM.

Local authorities promise to organize the festival every year.