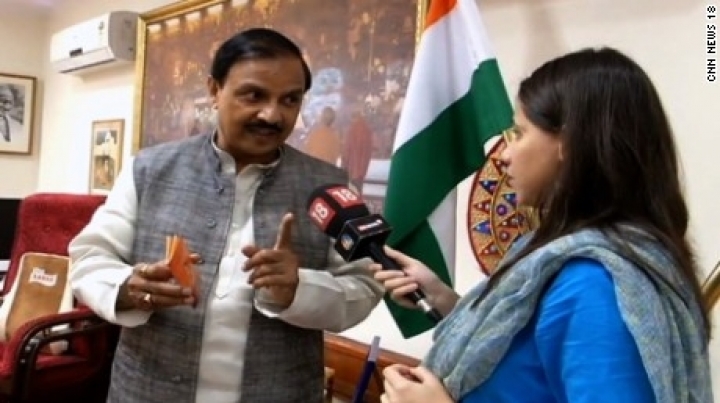 India's tourism minister is furiously backpedaling after suggesting that women who visit India shouldn't wear skirts for their own safety, CNN reports.

Mahesh Sharma made the comments over the weekend while promoting a welcome kit that will be handed out to tourists when they arrive in India.

"There's a card in there listing the do's and don'ts. Basic things like, 'Don't go out at night alone.' 'Don't wear skirts.'"

The outrage was immediate. And for good reason.
A string of sexual assaults against foreign women has sullied India's reputation.

The country has amended its laws to broaden the definition of rape to include any form of penetration; it lists out strict punishments not only for rape but also for sexual assault, voyeurism and stalking.

But still, every high-profile case -- and there have been several -- brings the question to the forefront again: Is India doing enough to protect women? Is it creating a strong enough deterrent for crimes against women?

For one thing, India is ill-equipped to process not just sexual assaults and rape, but all kinds of crime. It has a shortage of forensic laboratories; one of the worst police-to-citizens ratios in the world, and far fewer lawyers and judges than it needs to process cases.

Critics lambasted the minister, saying his comments put the onus on women, rather than on a government that ought to do a better job of improving security.