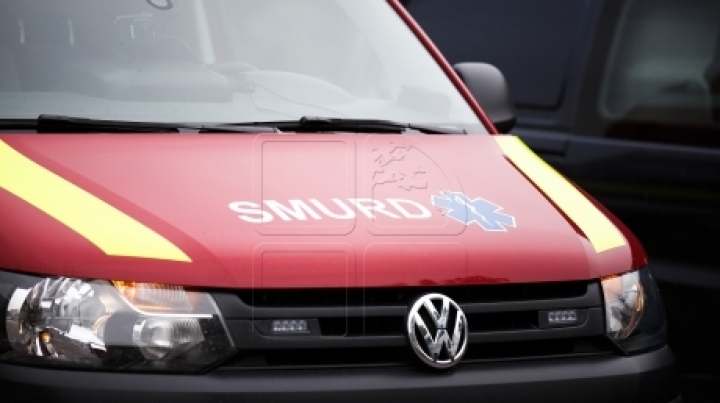 SMURD Iasi representatives will come to Chisinau in two cars, in order to bring the crew members back to Iasi, according to Ziarul de Iasi.

"We, five doctors and three nurses and ISU representatives, are going to Chisinau in two big cars for multiple victims. They will be brought here, to St. Spiridon church (on hospital territory), in the middle of the hospital and near the university, because Mihaela was also a professor. We are trying to bring them home and to do everything is in our powers. They are still our dearest people, members of the crew and it will remain this way. It is difficult to imagine a watch without them" has declared prof.dr. Diana Cimpoesu, UPU-SMURD chief doctor.

Gabriel Sandu (40 years old) was one of the most skilled nurses in emergency medicine in Romania, working in SMURD since 2005. His wife Clara is also an emergency nurse, mentions Agerpres.

Physician Mihaela Dumea was working for 5 years in SMURD Iasi and was teaching students, as university assistant, Emergency Medicine.

The crashed chopper, of EC 135 type, was purchased by the Ministry of Health in 2014 for the amount of 5 mln euro. It was placed in SMURD Iasi since 2014, the last periodic inspection done in 2014.

One of the two pilots, commander Doru Gavril (53 years old) had over 4,000 flying hours in his record and an experience of 30 years. He was the commander of Special Unit of Aviation Iasi.

The second pilot, captain commander Voicu Socae (36 years old) had over 1,480 flying hours as an experience.

How it all happened. Four Romanian pilots, doctors die in medical chopper crash in Moldova

This is the second tragedy of this type in SMURD Iasi for the last 10 years. In January 2006, two pilots and two doctors have lost their lives after the SMURD Iasi chopper they were in has crashed near the airport. The chopper, of Eurocopter EC135 type, has crashed 10 minutes after takeoff, 1.5 kilometers away from the Airport control tower, near Guard Officers Unit.

SHOCKING SUPPOSITION! Chopper crashed in Cantemir WITHOUT a weather radar

PUBLIKA.MD reminds that, yesterday, a SMURD chopper, heading towards Cahul to take a patient, has crashed in Haragis village, Cantemir district. All four people on board have died on the spot. They are the pilot, copilot, a physician and a nurse.

Today is a day of mourning in the whole country in the memory of the four victims of the crash in Cantemir. The decree was signed yesterday evening by the president Nicolae Timofti.

The national flags were half mast, and at 12:00 in the whole country will be kept a moment of silence in memory of the victims.

In reference to the decree given by the president Nicolae Timofti on today as a national day of mourning the memory of the crash victims, Minister of Culture of Moldova announces the cancellation of today’s Strauss concert in the framework of Open-air Classical Music Festival “descOPERA”, that should have taken place at Butuceni summer theatre.