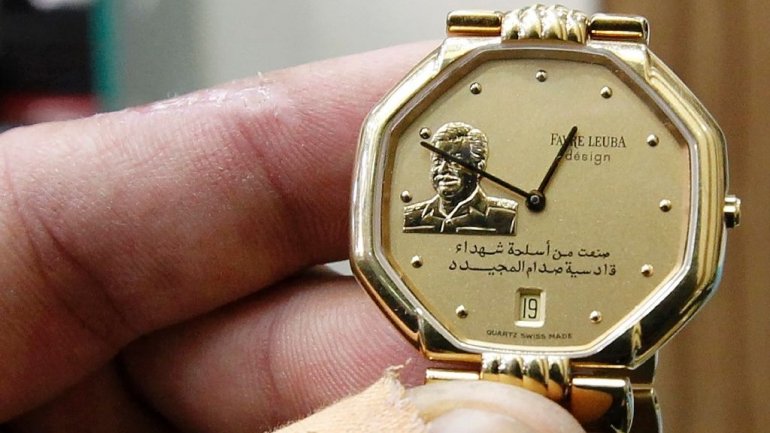 Baghdad shopkeeper Anwar offers Saddam Hussein photos, coins and postage stamps that keep the ousted president alive 10 years after his execution and cater to customers nostalgic for his rule.

While Saddam was brutal to those who opposed him, and led his country into two disastrous wars, there are those who still look back fondly on his time in power, especially in comparison to the years of devastating internal violence and ineffective governance that followed his overthrow in 2003.

In his antique shop, Anwar proudly caresses a leather holster stamped with the words: "On behalf of President Saddam Hussein."

"It was a gift that Saddam gave to deserving officers," said Anwar, who may be his own best customer for Saddam memorabilia.

"I am constantly looking for items related to Saddam, but when I find them, I often keep them for myself," said the young man, who mainly trades in more innocuous, non-political items.

Offering a line of reasoning often used to support the ex-president, Anwar said: "Saddam Hussein knew how to control the country."

"And I say this as a son of the south," he said, indicating that he is a member of Iraq's Shiite majority, which along with the Kurds was the target of deadly oppression under Saddam's rule.

It was for the 1982 killing of 148 Shiite villagers in Dujail that Saddam was found guilty of crimes against humanity, a verdict that led to his execution by hanging on December 30, 2006.