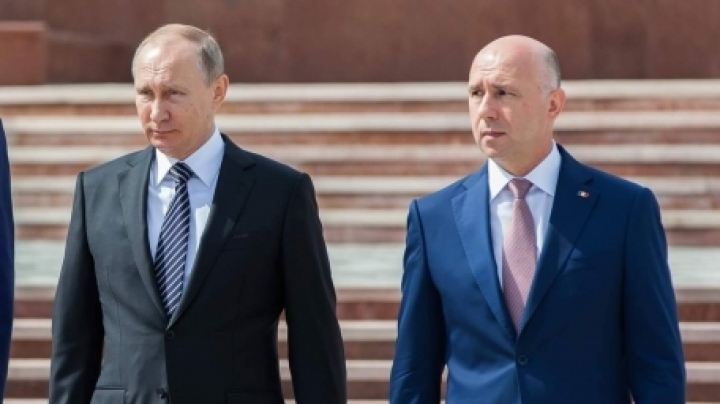 Moscow is ready to continue a constructive dialogue with the Chişinău authorities to solve the problems in the bilateral relations.

The statement was made by Russian President Vladimir Putin at a meeting with Moldova’s Prime Minister Pavel Filip.

The two officials discussed, in Bişkek at the CIS heads of state summit, measures to step up trade and remove barriers.

Premier Pavel Filip said the discussions with Vladimir Putin had been constructive and touched the interests of both states. The dialogue with the Kremlin leader is a continuation of the discussions started with Russia’s Premier Dmitri Medvedev in June.

The Moldo-Russian relationships were also discussed in Kyrgyzstan by the foreign ministers of the two countries, Andrei Galbur and Sergei Lavrov.

"We reviewed the legal framework and pointed out the tools to focus on, the humanitarian-cultural cooperation program and the migration package. Referring to the 5+2 format talks, Minister Lavrov reiterated Russia’s official position regarding the respect for the sovereignty and territorial integrity," Foreign Minister Andrei Galbur said.

Pavel Filip ha said the CIS reunion is an adequate communication platform, including at the bilateral level, to seek solutions to the problems emerging among the states from the Commonwealth.