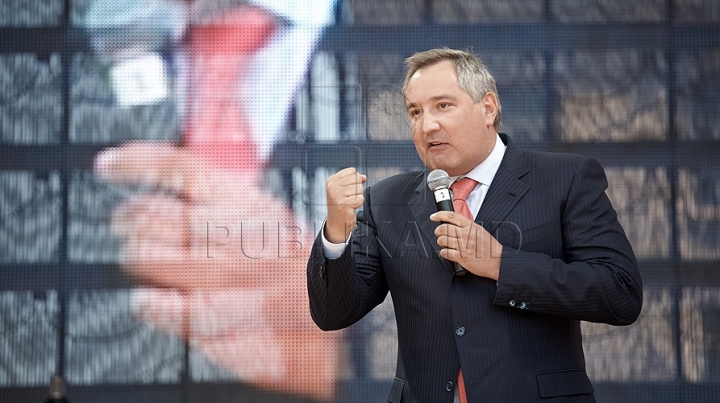 Moldova risks losing its territorial integrity due to the rapprochement with Romania, Russian Deputy Prime Minister Dmitry Rogozin said in an interview with the Kommersant daily on Friday after his visit to Moldova.

"The fact remains, it is obvious even to the fiercest supporters of the unification with Romania, that if Moldova takes a step towards Romania, the Transnistria region will fall off at this steep turn," he said. If Moldovans want to join Romania, "then they had better let the Transnistrian region go amicably, and if they do not want to Romania, if they want to remain a sovereign state, a smart state that will protect all its citizens, then it will take years, but those years will not be in vain as they will be spent to restore territorial integrity," the politician said.

"We were very close to solving this issue, but then someone got scared of somebody. And the situation was reversed. I propose today to pursue the policy of small good deeds," the deputy prime minister said.

"We must abstract ourselves from vague prospects and begin to address the issues important for people. These are the railway service, the border-crossing regime, the registration of goods, car numbers, much more. These natural relations must be allowed so that the people could feel some benefit from rapprochement.

And when there is nothing, and we start to talk about the future status of the Transnistrian region within the Moldovan state - then it’s like the talk of the impotent about Kama Sutra."

Rogozin said earlier this week that the practice of small and useful things, such as the ease of travel and exchange of goods will benefit Moldova and Transnistrian region.

"We believe that the practice of small, but useful things will be beneficial for both banks of the Nistru river, and the Russian side has been urging the Moldovan side to do such things and speed up the processes that are required in principle", he said at a meeting with the Transnistrian government.

The deputy prime minister said that he meant, in particular, the ease of travel, the exchange of goods and registration of cargoes and products. "Hopefully, we are dealing with pragmatic partners in Chisinau", he said.