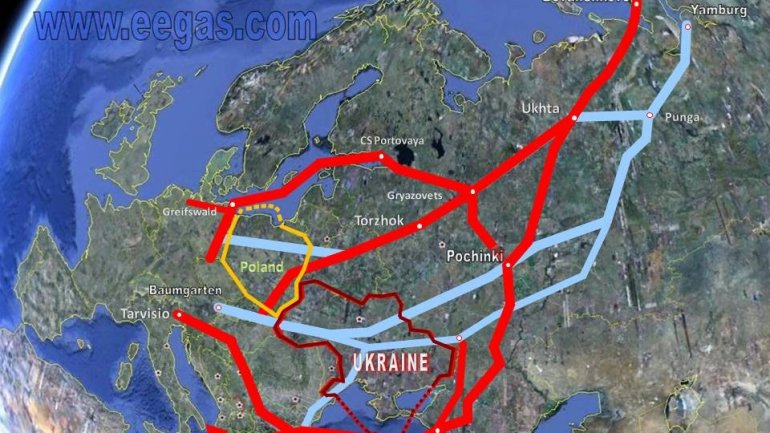 Russian natural gas will at the very least remain at a steady level in the European market, though some level of growth is likely, a Gazprom official said.

"I can say with confidence that this year we are going to supply a record amount of natural gas to Europe," Gazprom Deputy Chairman Alexander Medvedev said.

Gazprom is one of the dominant suppliers of natural gas for the European economy. The company aims to expand its footprint with the expansion to its twin Nord Stream natural gas pipeline system that runs through the Baltic Sea to Germany and then onto the European market.

Gazprom started calling for tenders to lay the sections of the planned pipeline in the deep waters of the Baltic Sea earlier this year, adding the additional components could be in service at some point in 2019.

Medvedev said that, from his perspective, natural gas consumption is growing, which warrants more gas deliveries from his company. Some European players, meanwhile, are seeing substantial declines in domestic production, he said.

According to him, some markets in Europe can expect the share of natural gas on their market to exceed 80 percent.

"We believe that Gazprom's gas will remain competitive in the European market throughout next year and beyond," he said. "We assume that the share of Russian gas in European consumption will, at the very least, remain at its current level and is likely to demonstrate slow but sustainable growth."

Members of the European Union and the European Commission in July proposed $292 million for energy projects in the region, with the bulk of the investments supporting the construction of natural gas infrastructure in Baltic countries.

By ending energy isolation for Baltic states, the European body said the strategy is in line with regional efforts to improve energy security, UPI writes.