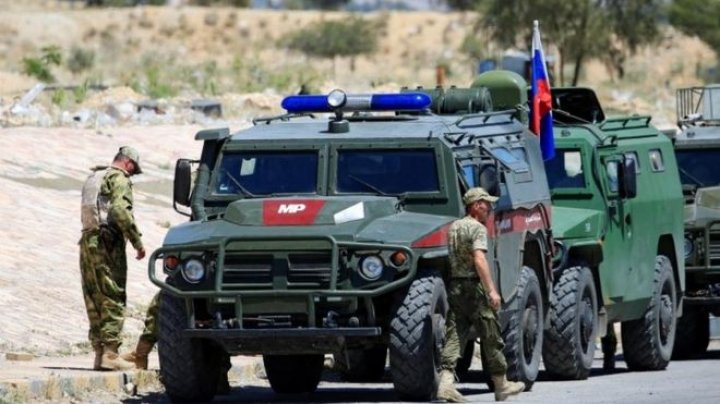 At least four Russian combatants have been killed by militants in the eastern Syrian province of Deir al-Zour, writes BBC.

Two military advisers died when the Syrian army battery they were directing was attacked. Five other Russians were injured and two died later of their wounds, the defence ministry said.

Officially Russia has lost about 90 personnel in the Syrian civil war.

Scores of military contractors have also died since Moscow began its intervention in support of President Bashar al-Assad in September 2015.

The RIA Novosti agency said that "a few mobile terrorist groups" had attacked the Syrian army's artillery battery during the night.

The injured are being treated at a Russian military hospital.

The defence ministry in Moscow said its forces had killed 43 militants in the fighting.

The UK-based Syrian Observatory for Human Rights monitoring group said the attacks had been carried out by Islamic State fighters and that 35 pro-government troops were killed, including nine Russians.

As well as holding pockets of IS fighters, Deir al-Zour province also marks a division between areas held by Syrian government forces and Syrian Kurdish units, including the US-backed Syrian Democratic Forces.

After seven years of war, the Syrian government, backed by Russian and Iranian military muscle, now controls much of central Syria, including the second city, Aleppo.

Over seven years of war, more than 400,000 people have been killed or reported missing, according to the Syrian Observatory for Human Rights.

More than half the population of 22 million have been driven from their homes with at least 6.1 million Syrians internally displaced, and another 5.6 million living abroad, the vast majority of them in neighbouring countries, such as Lebanon.