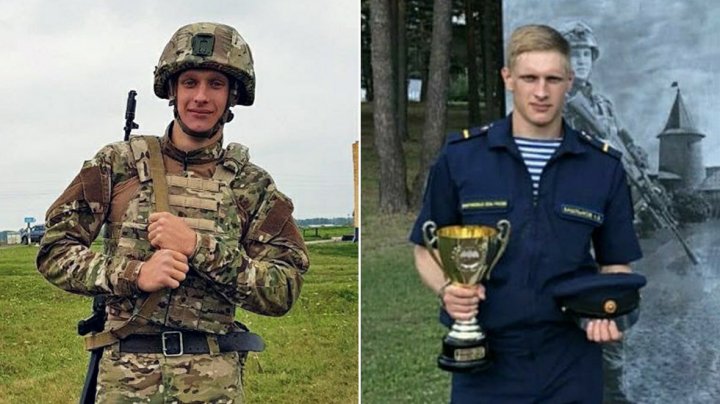 A former special forces soldier, who fought against terrorists in Aleppo, has tragically died in the Moscow region as he rushed to defend a group of people attacked by a vengeful gang and was stabbed to death, reports RT.

The tragic incident took place in the town of Putilkovo located close to the Russian capital. Nikita Belyankin, a Syrian war veteran and a former serviceman with the Russian military intelligence (GRU) special forces unit, was walking down the street with his girlfriend when he saw about a dozen angry men beating two people lying on the ground outside a local bar. One of them had already suffered a stab wound.

Belyankin rushed to help the victims and first fired a warning shot from his rubber-bullet handgun in an attempt to disperse the crowd. The attackers, however, assaulted him instead. “He could not just move along in such a situation and not interfere,” Belyankin’s friend told the Russian media.

The former war veteran then used all his ammo firing at the attackers’ legs in a bid to stop them but they still eventually managed to corner him. In the scuffle that ensued one of the mobsters stabbed him right in the heart.

Suffering from a lethal wound, Belyankin still managed to stand up and walked several meters before falling senseless. He died on the spot in the arms of his girlfriend. “He died in her arms. They had a relationship. She tried to save him, to reanimate him,” another friend of the war veteran told the Russian Ren TV Channel. Another victim of the street brawl the war veteran sought to defend was taken to hospital with a stab wound.

The attackers fled the scene. They are still on the run, although investigators have already managed to identify all of them and raided their apartments, a spokeswoman for the Russian Investigative Committee confirmed without giving any details about the identities of the suspects.

The head of the Investigative Committee, Aleksandr Bastrykin, has taken the probe under personal control. The crimes committed “against people, who consecrated their lives to the service of the nation” should be condemned and those who perpetrated them should be prosecuted “to the fullest extent of the law,” the committee said.

Born in the Russian Siberian city of Novosibirsk, Belyankin joined the Russian Special Forces as a contract serviceman about five years ago. During his four-year service in the GRU Special Forces unit, he was deployed to Syria on several occasions between 2016 and 2017 and was awarded several decorations, according to the Russian media. Some reports suggest that he fought against Islamic State (IS, former ISIS) in the Syrian city of Aleppo.

After leaving the military service, the Syrian war veteran planned to join the Russian emergency and rescue services, according to his friends.

“He survived … war and got into his last combat in … Moscow. He could have never shown indifference in the face of injustice and simply gone by when the weak were treated badly. He was a confident and a responsible man. Remember him in your hearts,” one of Bekyankin’s friends wrote on the popular Russian social network VKontakte (In Contact).