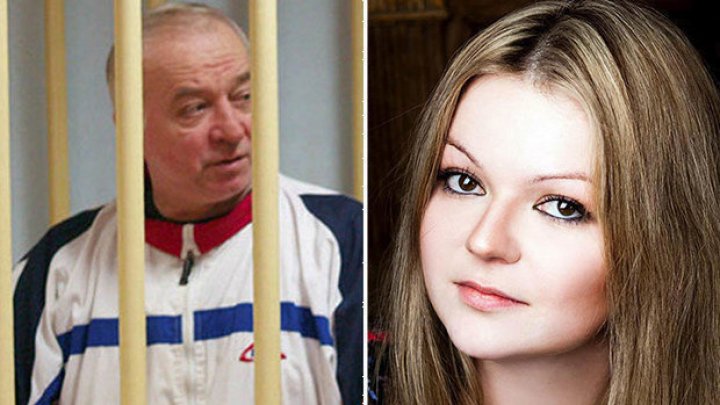 Yulia Skripal is in turmoil over fears that she was betrayed by her own fiancé in the nerve agent attack – and fears she may never see him again, MailOnline can reveal.

A source close to the Russian nerve agent victim, who was released from hospital on Monday, said: 'She wants to be reassured he wasn't part of the plot against her father.'

Yulia, 33, and Stepan Vikeev, 30 – who reportedly has links to Russian intelligence services – lived together for two years before she flew to Britain to see her father Sergei, writes daily mail.

The source said: 'She is confused but thinks she was collateral damage in the attack. She can't see him or speak to him to discuss matters. She's upset and fearful she may never see him again.'

Yulia's heartbreak follows the horror of the attack on her and her father with the nerve agent Novichok in Salisbury on March 4th.

But it has been claimed that Yulia was targeted because her boyfriend's family were opposed to their marriage.

She and her father are said to have been poisoned in a 'domestic' dispute and the disappearance of fiancé Vikeev has added to the mystery.

His mother Tatiana Vikeeva, 61, reported to have links to the Russian secret services, refused to give her blessing to the engagement and said that she did not want her son to wed the 'daughter of a traitor'.

Former spy Sergei Skripal's niece Viktoria has revealed that her cousin's relationship with Vikeev had been opposed by his family and the attack in Salisbury was a result.

Yulia's cousin, Viktoria Skripal, 45, today said the dramatic MailOnline revelation strengthened her belief that the attack on the Skripals was linked to Yulia's engagement.

She has previously referred to Vikeev as 'strange'.

'I am well and truly at a loss to understand Stepan's behaviour,' she said. 'I am shocked and upset at the lack of contact from him. I cannot understand how someone who calls himself her fiancé has left her in this most difficult situation and not tried to get in touch with her - or us.'

She added: 'The only person trying to get in touch with Yulia is me. I hoped he would be by my side, or even in front of me, trying to reach her. I have said before that her behaviour is deeply suspicious.

'This is precisely why I believe a 'domestic' version explains what happened here - not something bigger. I know journalists have been trying to reach him and his friends. I have tried and failed. He has gone to ground.'

She added: 'I know Russian police are trying to find him to my knowledge without success. Russian and foreign journalists have been looking for his mother - but failed. I cannot find how to reach her.'

Vikeev is reportedly to undergo interrogation by Moscow authorities but the development is likely to be seen in Whitehall as a convenient smokescreen for the Kremlin in blurring evidence that it tried to kill its former operative and his daughter in Britain.

Vikeev, who lived with Yulia for two years before she took her flight to Britain in early March, made no effort to contact her or the hospital in the wake of her poisoning, it has been alleged.

He has never spoken of any sadness over the attempts on the lives of his fiancée and her father and has erased all his social media accounts.

The only photograph that has been found of him was taken from a traffic camera. Acquaintances say that after the poisoning he 'went into hiding'.

One account said: 'No-one saw him and he stopped communicating. He did not answer calls and text messages.'

His mother heads the highly secretive Research and Production Association 'Institute of Modern Security Problems' where is it believed he also worked. The shadowy outfit is believed to have links to the security services.