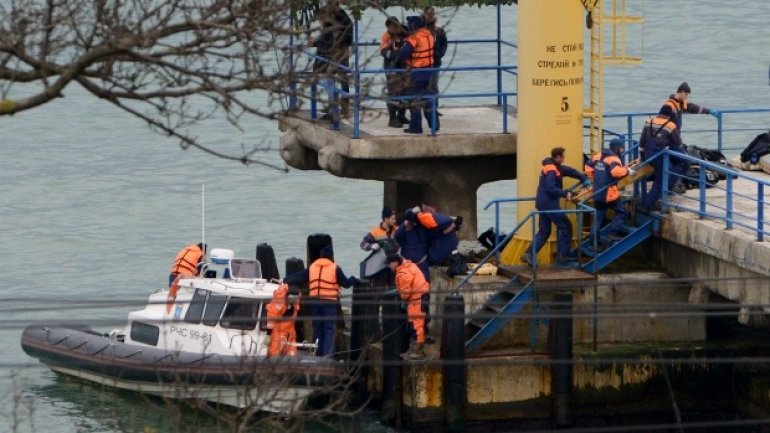 A pilot error or a technical fault — not terrorism — is likely to be the cause of the plane crash into the Black Sea, Russian officials said Monday as the nation held a day of mourning for the victims.

All 84 passengers and eight crew on the Russian military's Tu-154 plane are believed to have died Sunday morning when it crashed two minutes after taking off from the southern city of Sochi. The passengers included dozens of singers in Russia's world-famous military choir, nine Russian journalists and a Russian doctor known for her charity work in war zones.

On Monday, the search operation involved more than 3,500 people on 45 ships — including 135 divers flown in from across Russia — sweeping a vast crash site at sea and along the shore, according to the Defense Ministry. Five helicopters and drones were being used to help spot bodies and debris. Two deep-water submersibles arrived to aid the operation, which went on all through the night thanks to powerful searchlights.

The Black Sea search area — which covers over 10 square kilometers (about 4 square miles) — is plagued by underwater currents that can carry debris and body fragments into the open sea.

The search party has not yet found the plane's black boxes, Emergency Situations Minister Vladimir Puchkov told Russian news agencies. Transport Minister Maxim Sokolov said earlier that the plane's flight recorders did not have radio beacons, so locating them on the seabed was going to be challenging.