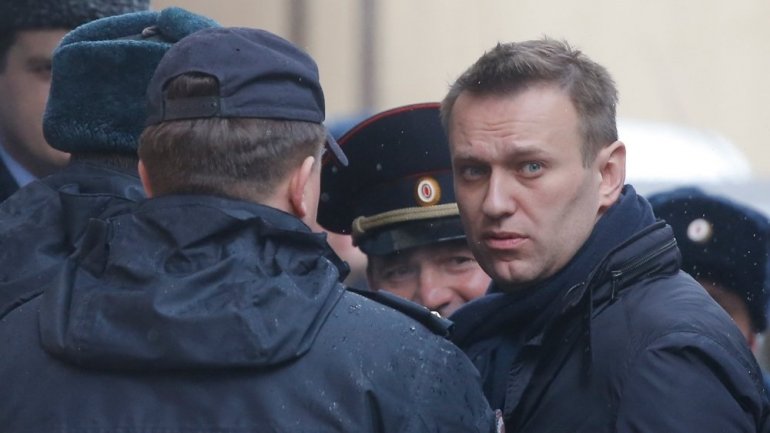 A court on Monday sentenced Russian opposition leader Alexei Navalny to 15 days in prison, saying he had disobeyed a police officer during an anti-government protest in Moscow the previous day.

The same court fined Navalny 20,000 roubles ($352.20) earlier on Monday for his role in organizing the protest, which the authorities said was illegal.

Police detained hundreds of protesters across Russia on Sunday, including Navalny, after thousands took to the streets to demonstrate against corruption and demand the resignation of Prime Minister Dmitry Medvedev.

Olga Mikhailova, Navalny's lawyer, told Reuters she had expected such a verdict and would appeal it.

A Reuters reporter saw Navalny being loaded into a van, which was quickly surrounded by supporters holding placards reading" "We believe" and "Alexei, we are with you."
AFLĂ imediat Știrile Publika.MD. Intră pe Telegram