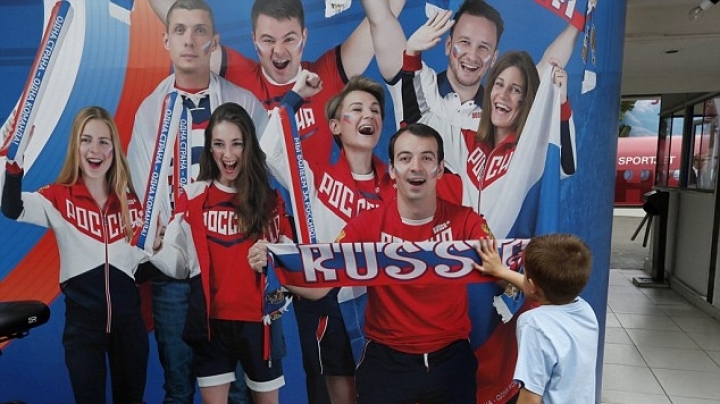 A Russian diplomat has described the decision to ban their Paralympics team from the Rio Games next month as 'filthy and inhumane', reports Daily Mail.

Foreign Ministry spokeswoman Maria Zakharova posted an angry response on Facebook to the International Paralympic Committee's decision to suspend the Russian team because of a state-run doping programme uncovered in a recent World Anti-Doping Agency investigation.

According to the TASS news agency, Zakharova wrote: 'The decision to ban the entire Russian Paralympic team is strikingly filthy and inhumane. It is a betrayal of the high human-rights standards the modern world rests on.'

TASS also reported the sports minister Vitaly Mutko saying the Russian Paralympic Committee would appeal against suspension at the Court of Arbitration for Sport.

Under IPC rules, it has 21 days to do so from Sunday's announcement and the RPC is expected to confirm its appeal at a press conference in Moscow at 0600 BST.

IPC president Sir Philip Craven told reporters at the press conference in Rio where he announced the unprecedented punishment that he was confident his board's unanimous decision would resist a legal challenge.

He also said he did not think Russia can be trusted to host any major sports events until its credibility as a nation that believes in fair play is restored.

The 66-year-old Englishman delivered the IPC verdict in a scathing speech dotted with memorable lines.

'I believe the Russian government has catastrophically failed its Para athletes,' said Craven, who was in full flow by the end of his address. 'Their medals over morals mentality disgusts me. The complete corruption of the anti-doping system is contrary to the rules and strikes at the very heart of the spirit of Paralympic sport.'

A blanket ban is the sanction his International Olympic Committee counterpart Thomas Bach decided against, describing it as 'the nuclear option', but Craven said he had 'no doubts at all' that such drastic action was required to protect sport's integrity.

When asked if Russia should continue to be Olympic and Paralympic sport's default host for elite competitions, the former Paralympian was unequivocal.

The IPC's decision has already been welcomed by WADA and the US Anti-Doping Agency, two organisations who both lobbied hard for the IOC to take similar action.

A WADA statement said the IPC move 'is in the interest of clean athletes and the clean sport movement', while USADA boss Travis Tygart praised Craven for 'strong leadership in holding Russia's state-organised doping programme accountable'.