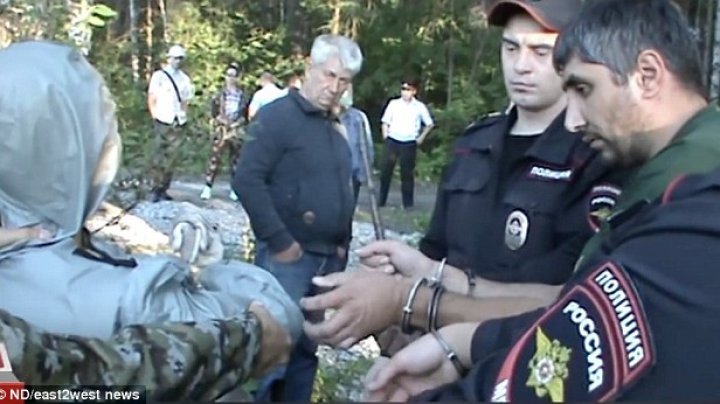 A Russian 'witch' has been jailed for 12 years after she convinced a former policeman to murder six homeless men who she intended to resurrect as zombie slaves, wrote dailymail.co.uk.

The woman, who is described simply as ‘young’, was convicted in a trial in Verkhnyaya Pyshma, a town near Yekaterinburg, without media coverage even though she had earlier escaped from the police and was on the run for six months, trying to flee abroad.

The murders were committed by campfire at night in a forest close to where the Bolsheviks dumped the bodies of the Russian royal family including former tsar Nicholas II in 1918.

The satanic victims were murdered by Bayrambekov under Solovyeva's guidance in a circle made of stones, after which they would recite prayers and incantations.

Their aim was to create a 'zombie army'.

'He tried to bring the dead back to life and turn them into zombies. However, all his attempts were futile,' said a Russian state investigator.

The corpses were wrapped in sticky tape before being buried in makeshift graves.

He 'sacrificed' chickens, goats and sheep before moving onto humans, he said.

He was taken to the crime scene and showed investigators how he conducted the killings.

She 'convinced him to make human sacrifices' with a ritual knife, said a law enforcement source.

'This witch helped him identify the male victims', said another.

She was convicted as an accessory to multiple murders, said the Russian Prosecutor General's Office's website.

The devil-worshipping former policeman, who described himself as a Satanist, was jailed last year for 13 years for killing six homeless men.

'With his female friend he drove around Yekaterinburg streets searching for victims,' said one account.

'After the approval from his female companion, he would befriend the victim, offer a drink and then drive them to the woods, where he built an altar, at which he would slit the victim's throat.'

At Bayrambekov's trial, it was said the woman - then unnamed - had no romantic relationship with him.

They chose their first victim - a 20-year-old boy who washed his car’s windows when he stopped at an intersection.

'She gave instructions on whether a person was suitable for the ritual of sacrifice, brought Bayrambekov and the victims to the scene of the crime by car, observed the surroundings during preparations before the murders, during their commission and when the traces of the crimes were concealed,' said a law enforcement source earlier.

The reason for the secrecy over her recent trial remains unclear.