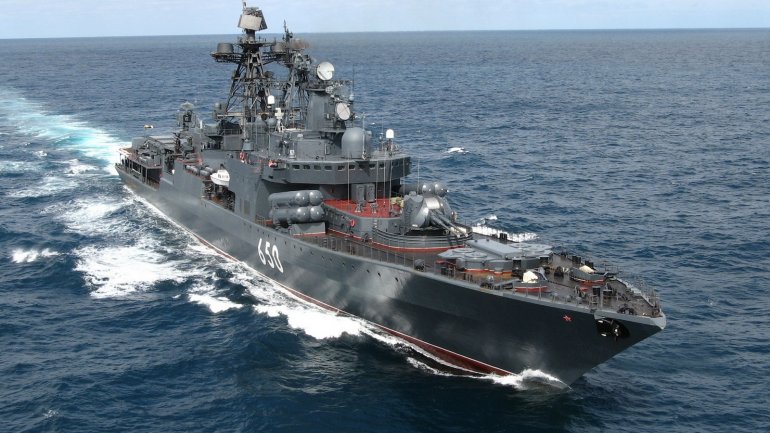 Turkish media say a Russian warship has collided with a cargo ship in the Black Sea off Istanbul.

Media reports cited the Turkish coast guard as saying that the Russian ship sank after the collision but that all 78 personnel aboard were rescued.

Turkish broadcaster NTV reported that the collision occurred about 40 kilometers northwest of the Bosphorus Strait in the Black Sea.

The collision tore a hole in the Russian naval vessel, the Liman, the Russian Defense Ministry said in comments carried by Russian state news agency TASS.

Shipping agent GAC said that the Russian ship collided with a Togo-flagged freighter that was carrying livestock.

It said the collision occurred in a fog that caused low visibility.