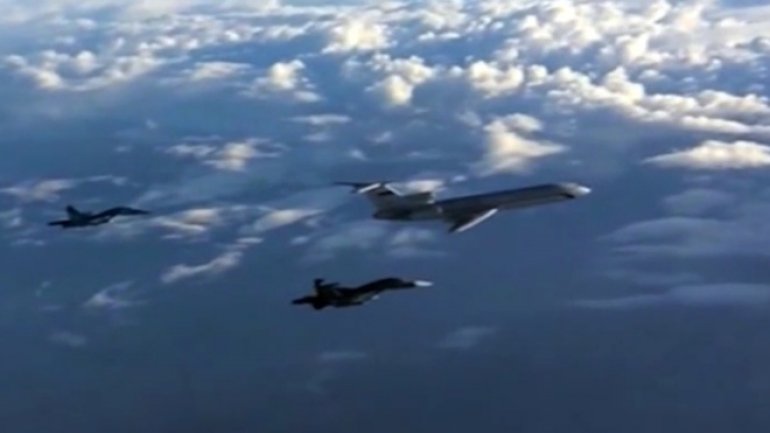 A Russian military plane with 92 people on board has crashed into the Black Sea, Russia's defense ministry says, informs BBC.

The plane disappeared from radar two minutes after taking off from the resort of Sochi at 05:25 (02:25 GMT). Fuselage fragments have now been found and one body has been retrieved.

The defense ministry said the Tu-154 was carrying soldiers, 64 members of the famed Alexandrov military music ensemble, and nine reporters.

It was flying to Latakia in Syria.

The flight originated in Moscow and had landed at Adler airport in Sochi for refuelling.

The defense ministry said in a statement: "Fragments of the Tu-154 plane of the Russian defense ministry were found 1.5 km  from the Black Sea coast of the city of Sochi at a depth of 50 to 70 m."

So far no survivors have been found.

The defense ministry has published a passenger list (in Russian), showing that 64 of those on board were from the Alexandrov Ensemble, including its director, Valery Khalilov.

Also on board was Elizaveta Glinka, known as Dr Liza, the executive director of the Fair Aid charity and the inaugural winner of Russia's state prize for achievements in human rights.

Reports from the area said flying conditions were favorable. An investigation into possible violations of safety regulations has been launched.