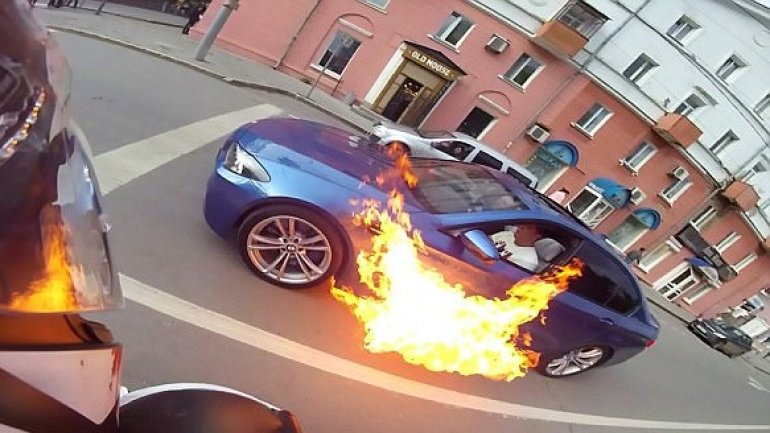 This is the miraculous moment a driver escaped unhurt after his car randomly burst into flames as he was driving it, according to Daily Mail.

Heart-stopping footage shows the driver looking out of his window in horror as flames lick up the bottom of his grey-blue BMW M5 in the Russian city of Perm.

He then speeds off down the road in panic before jumping out unscathed from the blazing vehicle.

It is reported that the driver managed to stop the vehicle in time and started extinguishing it.

The driver, who was not named, got help from four firefighters who rushed to the scene.

Onlookers reported that the vehicle was making a terrifying sound as it drove along.

A female witness whose name was not reported said: 'We were sitting with my friend on a terrace on Lenina street, when the object passed by.