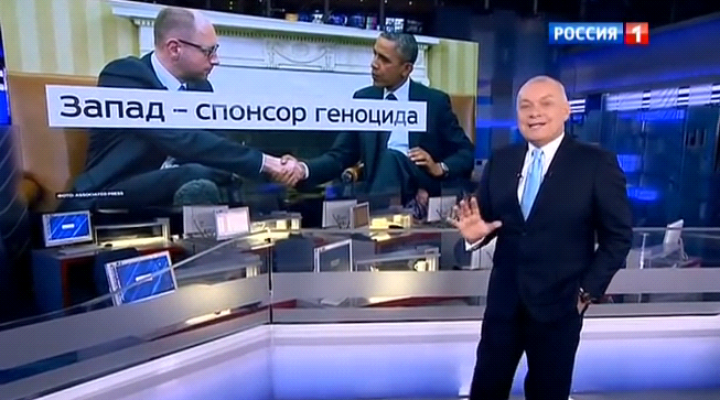 A Russian news presenter, dubbed the “Kremlin’s chief propagandist”, has warned the United States any “impudent behaviour” towards Moscow could have “nuclear” implications.

Dmitry Kiselyov made the warning on Monday night’s edition of his flagship current affairs programme Vesti Nedeli (News of the Week).

Relations between the two countries hit a new low on Friday after Washington accused Moscow of war crimes following a sustained bombardment of the besieged Syrian city Aleppo, where at least 250,000 people are still living in the rebel-held east of the city.

On Saturday, Russia vetoed a motion put to the UN Security Council demanding an immediate end to the bombing campaign in Aleppo. A rival motion proposed by Russia was also rejected at the meeting calling for a fresh ceasefire but did not explicitly mention the bombing.