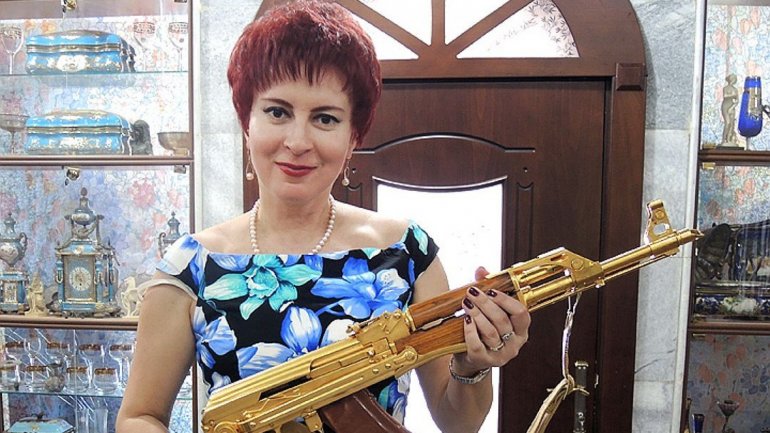 Russian Journalist Daria Aslamova as banned from entering Republic of Moldova. The correspondent of Komsomolskaya Pravda, was stopped at Chisinau International Airport and forced to board a plane back home.

The information was confirmed by border police officers.

Journalist Daria Aslamova came to Moldova for an interview with President Igor Dodon, for Komsomolskaya Pravda, who declared that he has no idea why she was denied entrance, promising to handle the situation.

According to the border police, the woman was banned from entering the country, due to not specifying the visit's aim.

Daria Aslamova has been accused multiple times by her colleagues for always promoting propaganda favoring Moscow.

She declared Romania the nation of Soros, saying that they wish to to swallow up Moldova, as well as territories of Ukraine. She has also harshly criticized Georgia and blamed Ukraine for practicing Stalinism on the territories taken back by the rebels.

After the France elections she called Macron a homosexual psychopath and stated that France deserve their new President. While Turkish authorities accused her of espionage. Daria Aslamova is one of the most well known Russian journalist, mostly known for her intimate relationships with many politicians, including former president of the supreme soviet Ruslan Khasbulatov.

It must also be mentioned that she promotes actively pro-Russian separatism in territories of former Soviet Union states. Her articles always promotes Kremlinu and she is banned from ever entering Ukraine.

Aslamova is always accusing neighbor countries for taking power by force. In 2014 she became known for her "objective description of the events from Crimea".

In 2016 she had a conflict with Russian diplomat, Serghei Lavrov when she berated Russia for not recognizing the independence of the Ukraine separatist region, "despite people from Crimea organizing a sincere and open referendum in the face of journalist, like those form Donbass". She also harshly criticized Lavrov from not sending an army after the Euromaidan.

The journalist from Komsomolskaia Pravda, has made similar acts regarding other former Soviet Union territories that face the problem of separatism. After a movie about the separatists from Georgia, she declared that Russia is the local population's last hope "as only they can save them, like they did 200 years ago".

Similar propaganda movies were made in Azerbaijan, a country which Aslamova condemns for turning their back on Russia, after Moscow "did everything within its power to help them'.