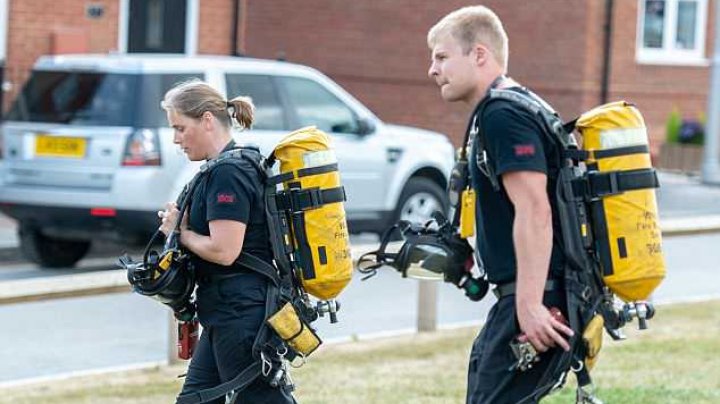 foto: Experts are trying to determine whether the Novichok that poisoned them was from the same batch used in the attempted murder of Sergei and Yulia Skripal
AFLĂ imediat Știrile Publika.MD. Intră pe Telegram

The Russian military intelligence agency GRU, which is named in Robert Mueller's indictment for allegedly meddling in the 2016 American elections, is also thought to be responsible for the nerve agent attacks in the United Kingdom that have killed one person and injured three others, writes Daily Mail.

Britain was 'closing in on identifying the individuals they believe carried out the operation' that killed Dawn Sturgess, 44, last Sunday and left her partner, Charlie Rowley, 45, fighting for his life, according to The New York Times.

Authorities have not ruled out the possibility that other agencies could have been involved, though British officials are increasing their focus on current or former members of GRU as the culprits.

Russia has denied any involvement in U.S. election meddling as well as in the poisoning of British nationals.

A federal grand jury charged 12 Russian intelligence officers on Friday with hacking Democratic computer networks in 2016, in the most detailed U.S. accusation yet that Moscow meddled in the presidential election to help Republican Donald Trump.

The indictment, which alleges a wide-ranging conspiracy involving sophisticated hacking and staged releases of documents, raises the stakes for a summit next week between President Trump and Russian President Vladimir Putin.

Rowley's brother Matthew has claimed that the nerve agent was found in a perfume bottle that he then picked up, BBC News reported.

Charlie Rowley was left fighting for his life in hospital after being exposed to the deadly nerve agent in Salisbury, Wiltshire and his partner Sturgess died last Sunday following a heart attack.

Police started a murder investigation after Sturgess's death and are now said to be closing in on the people who carried out the attack.

Police said last week they had found traces of the nerve agent in a small bottle in the Amesbury home of Mr Rowley.

Experts are trying to determine whether the Novichok that poisoned them was from the same batch used in the attempted murder of Sergei and Yulia Skripal.

A post-mortem for Ms Sturgess is scheduled to take place on Tuesday and an inquest into her death is set to open and adjourn in Salisbury on Thursday.

Search teams investigating the poisoning have recovered more than 400 exhibits, samples and items - with police warning that searches could last months.

Counter-terror detectives are trying to establish where the bottle came from and how it came to be in Mr Rowley's home.

The UK has invited experts from the Organisation for the Prohibition of Chemical Weapons (OPCW) to independently confirm the identity of the nerve agent.