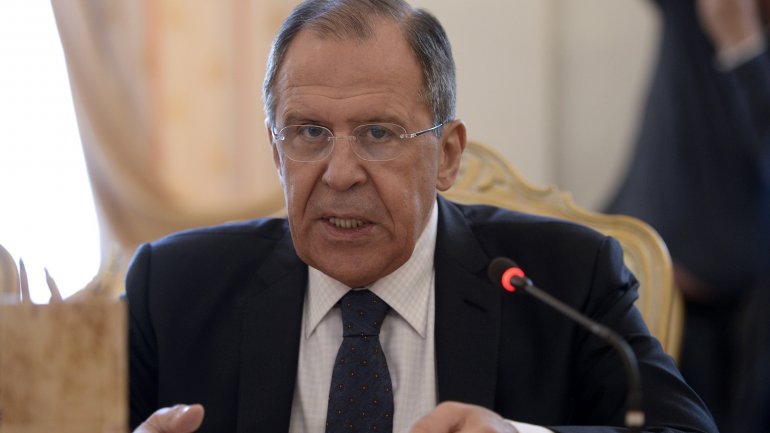 Lavrov said in comments in Moscow that he is frequently criticized for “joining the fight in Donbas and Syria,” according to a transcript published on the official website of the Russian Ministry of Foreign Affairs.

The Russian foreign minister made the statement after being asked about whether Russia was capable of compromising with other nations in its foreign policy.

“[Former U.S. Secretary of State Henry] Kissinger once said that Russia always preferred the risk of defeat to compromise,” the question went. “Do you think that we are out of our league on a number of international issues?”

“Everything depends on who looks at this or another situation,” Lavrov replied. “I don’t know whether the political community thinks that we are out of our league. I have read and heard much criticism regarding our decision to join the fight in Donbass and in Syria.”

Previously Lavrov and other Russian officials claimed that Russia is not taking part in the war in the eastern Ukraine that cost country more than 10,000 lives.

Russia also denies that it supplies weapons to separatist-controlled territories, despite numerous reports from international organizations, the media, and the Ukrainian government that point to the contrary.