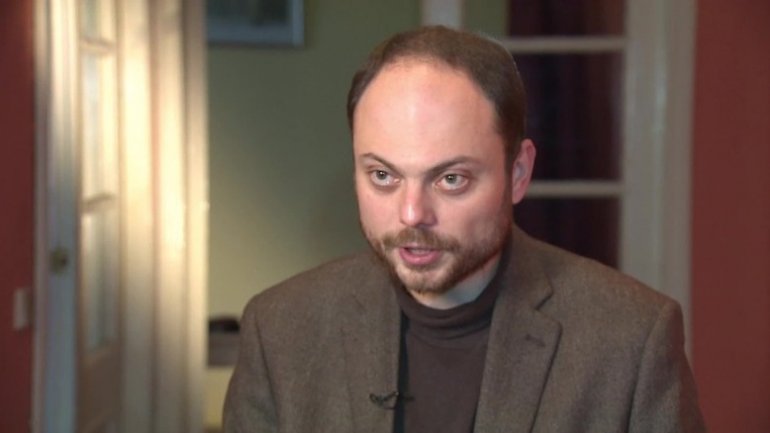 A vocal critic of Russian Federation, who said he was poisoned in 2015, has suffered "full organ failure" and is still in "grave" condition after being hospitalized in Moscow last week, his wife says.

Doctors in the hospital where Vladimir Kara-Murza, 35, is being treated say they still "have no real idea" what caused his illness, but agree a "toxic substance" is to blame, his lawyer Vadim Prokhorov told CNN.

Kara-Murza's wife, Yevgenia, told CNN that doctors have tried to bring her husband out of a medically-induced coma but that when they did so, he "had almost no reaction at all, except to his name being called." He is currently on dialysis and artificial ventilation.

She said doctors have diagnosed him with "acute intoxication by an unidentified substance" and that there is "no prognosis," adding that the risks are now more serious due to his previous illness.

Prokhorov told CNN that an investigator from the Khamovniki district of Moscow contacted him last Friday to inquire about the circumstances which led to Kara-Murza's hospitalization, but has not received any further updates about the ongoing investigation.

"The problem is that they are not paying any real attention to this," Prokhorov said. "The investigative committee is only interested in this situation because of the media coverage."

He said he has no direct proof his client was poisoned. The Kremlin has denied any involvement in Kara-Murza's 2015 illness.