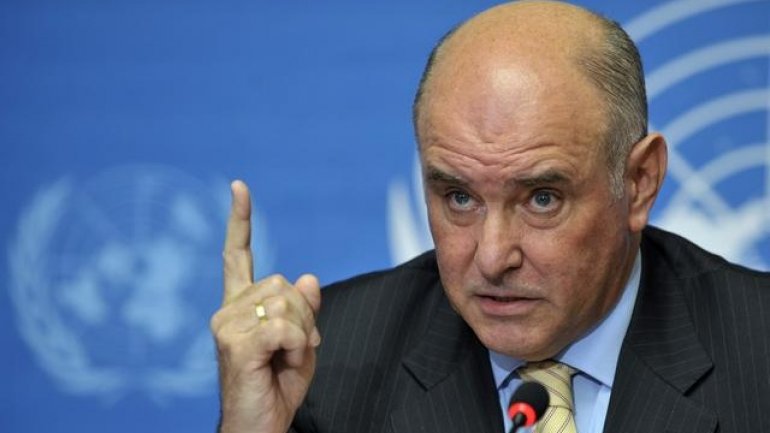 Negotiations between Moldova and the unrecognized republic of Transnistria will be in focus of a visit by Russian Deputy Foreign Minister Grigory Karasin to Tiraspol on March 13, the press service of Tiraspol leader Vadim Krasnoselsky said on Monday after his meeting with Russian Ambassador Farit Mukhametshin.

"The core topic is the current foreign policy situation around Transnistria. Regrettably, I think this situation is aggravating. If Moldova’s and Ukraine’s plans of establishing joint control are implemented it will be hard time for us. So, we would like to rely on the guarantor and mediator in the negotiating process, to know Russia’s position," the press service quoted Krasnoselsky as saying.

Tiraspol is worried over Moldova’s plans to establish control at the Transnistrian section of the border with Ukraine. As this section is not controlled by Chisinau, Moldova wants to place its border and customs officers at Ukrainian checkpoints.

The first joint checkpoint is planned to be opened at the Kuchurgany-Pervomaisk section by October 2017.