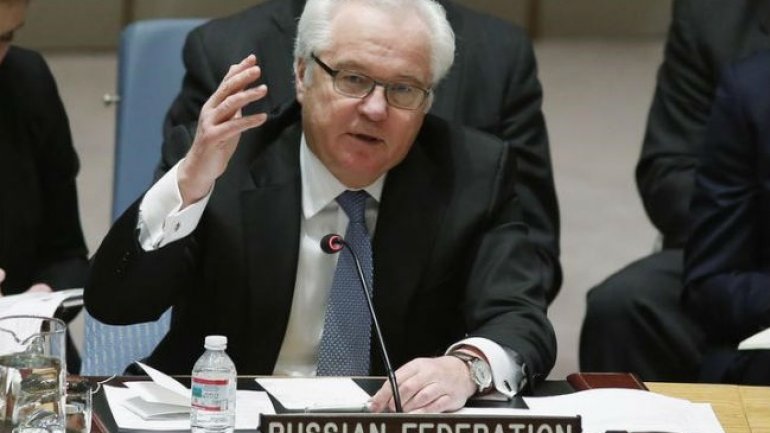 (20:33) First reports suggest Churkin would have had a heart attack.

The Russian Foreign Ministry made the statement, but gave no details on the circumstances of his death. It offered condolences to his relatives and said the diplomat had died one day before his 65th birthday.

Russia's deputy U.N. ambassador, Vladimir Safronkov, told The Associated Press that Churkin became ill in his office at Russia's U.N. mission and was taken to Columbia Presbyterian Hospital, where he died Monday. His cause of death wasn't immediately known.

Churkin has been Russia's envoy at the United Nations for a little over a decade and was considered Moscow's great champion at the U.N.

He had a reputation for an acute wit and sharp repartee especially with his American and Western counterparts. He was previously ambassador at large and earlier served as the foreign ministry spokesman.