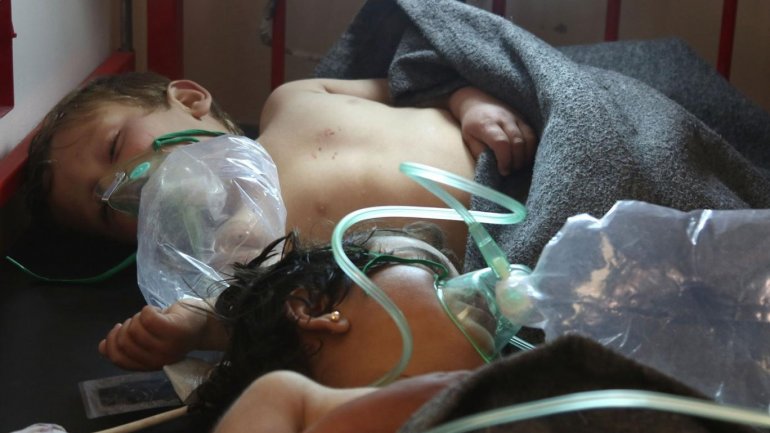 Russia cast a veto at the United Nations Security Council on Tuesday preventing the renewal of the mandate for a mission that investigates the use of chemical weapons in Syria, wrote independent.co.uk

The investigation by the United Nations and the Organisation for the Prohibition of Chemical Weapons (OPCW) - known as the Joint Investigative Mechanism (JIM) - was unanimously created by the 15-member UN Security Council in 2015 and renewed in 2016 for another year. Its mandate is due to expire in mid-November.

The JIM is due to report by 26 October on who was responsible for an attack on 4 April on the town of Khan Sheikhoun, held by the opposition to Syrian President Bashar al-Assad, that killed dozens of people.

Russia wanted to discuss the report before voting on the extension of the mandate, and its UN Ambassador Vassily Nebenzia unsuccessfully asked to postpone the vote.

"Don't try to create the impression that the JIM will be a dead letter unless we adopt this resolution today," Mr Nebenzia said prior to the vote.

"We are ready to return to extending the JIM after the publication of the report and after we discuss it after 26 October."

A separate OPCW fact-finding mission determined in June that the banned nerve agent sarin had been used in the Khan Sheikhoun attack, which prompted the United States to launch missiles on a Syrian air base.

"Russia has once again demonstrated it will do whatever it takes to ensure the barbaric Assad regime never faces consequences for its continued use of chemicals as weapons," US Ambassador to the United Nations Nikki Haley, travelling in Africa, said in a statement.

After the vote, Mr Nebenzia said the elimination of chemical weapons in Syria had nearly finished.

In its most recent report late last month, the OPCW said it had verified the destruction of 25 of the 27 chemical weapons production facilities declared by Syria and continued to prepare an inspection to confirm the current condition of the last two.

China abstained from Tuesday's vote, while Bolivia joined Russia in voting no. Eleven countries voted in favor of the text.