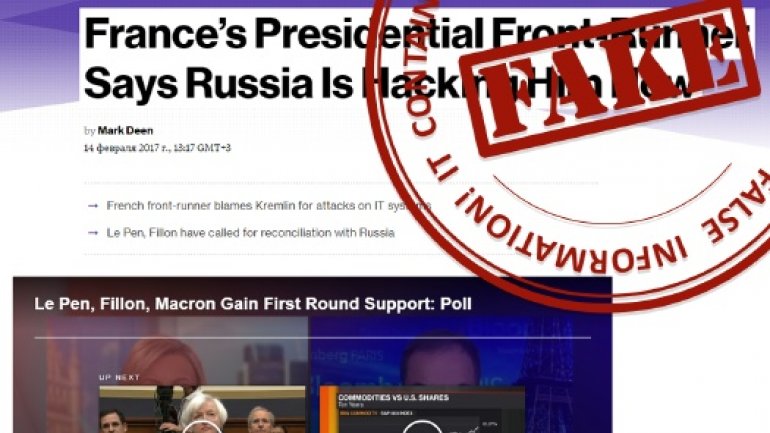 Russia has embraced the buzzword "fake news" to dismiss coverage it considers unfair or flat-out wrong -- even as Western governments accuse Moscow of exploiting false and misleading news for political gain.

Now it's launched a project aimed at refuting reports it deems "false."

The Foreign Ministry this week unveiled a new section on its official website highlighting what it calls "examples of publications spreading false information about Russia."

So far, only five media outlets have landed in the ministry's crosshairs: NBC News, The Telegraph, The New York Times, and Bloomberg. Even the significantly lower-profile Santa Monica Observer, a website in California, attracted the ministry's scolding.

The ministry has kept its debunking efforts to a minimum.

In each instance, it provides a brief description of the subject matter and a one-sentence rejection that reads, "This material is used to spread information that does not correspond to reality."

Each entry also features a screenshot of the article in question decorated with a red stamp reading, "Fake."