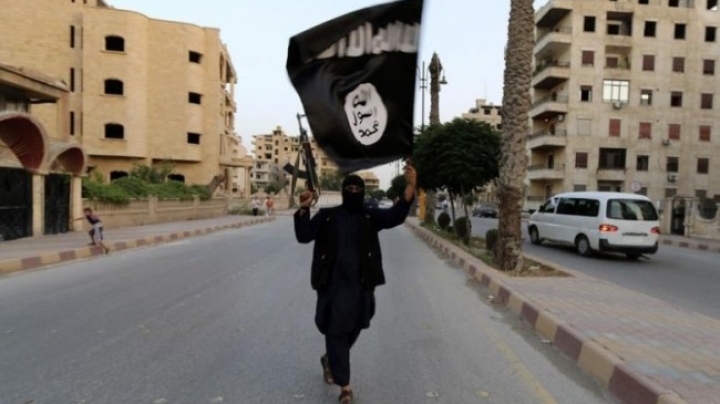 A Russian airstrike in Syria killed ISIS spokesman Mohammad al-Adnani, Russia's Ministry of Defense said on its official Facebook page Wednesday. Adnani was one of up to 40 ISIS militants killed by a Russian bomber in Aleppo province, the ministry said, reports CNN.

On Tuesday, ISIS announced Adnani's death in a rare public statement. His death marks the highest-profile killing yet of an ISIS member. A key deputy to ISIS leader Abu Bakr al-Baghdadi, he was floated to be his successor should anything happen to Baghdadi.

A statement from ISIS' Amaq news agency on Tuesday said Adnani died while inspecting military operations in the area of Aleppo. ISIS has not revealed his cause of death and said it was "determined to seek revenge" for the killing.

"After a journey filled with sacrifice and fight against non-believers, the Syrian Gallant knight, Abu Mohammed al-Adnani, joined the convoy of martyr leaders," ISIS said.

"To the filthy and coward nonbelievers and to the holders of the Christ emblem, we bring the good news, which will keep them awake, that a new generation in the Islamic State ... that loves death more than life ... this generation will only grow steadfast on the path to Jihad, stay determined to seek revenge and be violent toward them."

Russia's claim that it killed Adnani came a day after the United States said the US-led coalition targeted Adnani in Syria on Tuesday. But coalition forces have not confirmed whether Adnani was killed.

As spokesman, Adnani was the group's most prominent face, the first to announce the ISIS caliphate even before Baghdadi did. But he was much more than a spokesman, CNN terrorism analyst Paul Cruickshank said.

Adnani was well-known for ordering operatives to attack countries participating in the coalition against ISIS. Western intelligence believes he had command responsibility for the November 2015 Paris attacks.

A number of ISIS followers and members captured and questioned in the last two years, including French jihadists Faiz Bouchrane and Reda Hame, have attested to Adnani as head of the Amniyat.

Adnani has been with ISIS since its beginnings and was close to Baghdadi, CNN's Nic Robertson said. In June 2014, he was the first to declare a caliphate for parts of Syria and Iraq, indicating ISIS' aim to become a governing entity and not just a terrorist group.
AFLĂ imediat Știrile Publika.MD. Intră pe Telegram