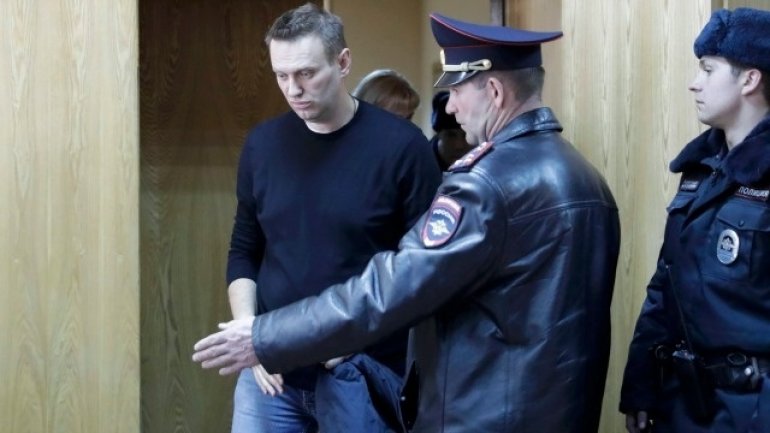 Russia's opposition leader Alexei Navalny has been sentenced to 30 days' administrative arrest for repeatedly violating the law on staging rallies, according to BBC.

He was detained at his home in Moscow earlier on Monday, ahead of anti-corruption demonstrations in Russia.

Hundreds of people were held during the gatherings across the country.

Riot police in central Moscow were picking protesters out of the crowd at random, a BBC correspondent at the demonstration has said.