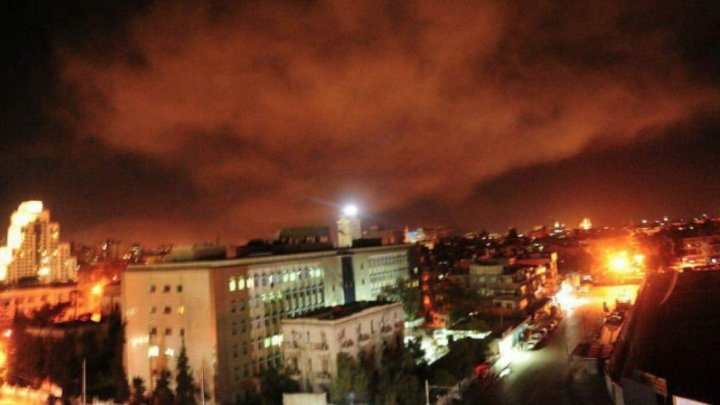 Russian lawmaker Vladimir Dzhabarov said on Saturday that Russia was likely to call for a meeting of the United Nations Security Council to discuss U.S., British and French air strikes on Syria, RIA news agency reported.

“The situation is being analysed right now. Russia will demand a meeting of the U.N. Security Council, I think, for sure,” Dzhabarov, who is the deputy head of Russia’s foreign affairs committee, was quoted by RIA as saying.

The strikes were a response to a suspected chemical weapons attack on the Syrian town of Douma last weekend which killed dozens of civilians.

Syria and its ally Russia have denied such an attack took place, and Moscow has accused Britain of helping to stage the Douma incident to stoke anti-Russian hysteria.

The chairman of the international affairs committee of Russia’s upper house of parliament, Konstantin Kosachev, said the strikes were a violation of international law and probably designed to prevent investigators from the global chemical weapons watchdog from doing their work.

“It’s...highly likely an attempt to create complications for the Organisation for the Prohibition of Chemical Weapons (OPCW) mission which was just starting its work in Syria’s Douma, or an attempt to completely derail it,” Interfax quoted Kosachev as saying.

A team of inspectors from the OPCW arrived in Syria on Thursday and Friday and had been expected to start their investigation into the alleged Douma attack on Saturday.

The OPCW did not immediately respond to a request for comment on whether the work would go ahead.

None of the air strikes hit zones where Russian air defence systems protect the Russian bases of Tartus and Hmeimim, Russian news agencies cited the Ministry of Defence as saying. (Reporting by Polina Ivanova; writing by Mike Collett-White).