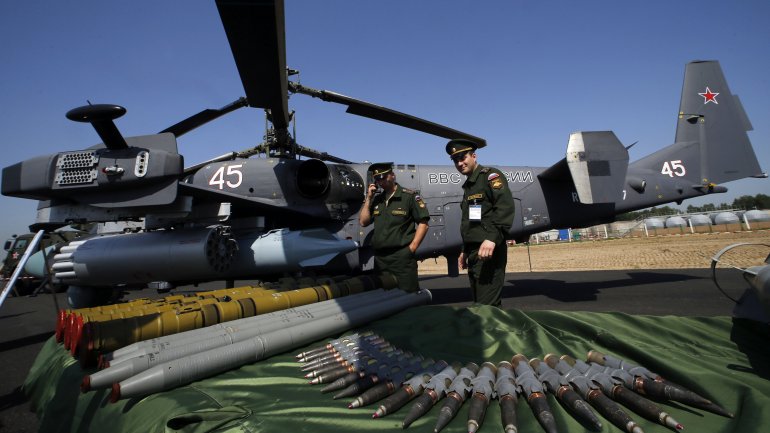 Russia boosted its military spending to $69.2 billion in 2016, according to a new report from the Stockholm International Peace Research Institute (SIPRI). The 5.9% increase landed Russia behind only the United States and China in the ranking of top spenders.

Putin's plans were interrupted by Russia's deep economic crisis and a collapse in the value of the ruble in 2015. With spending depressed, Russia slipped behind Saudi Arabia and into fourth place in the ranking.

The Russian economy now appears to have turned a corner. After a lengthy recession, it returned to growth in the final quarter of 2016.

The country is making up for lost time: Military spending made up 5.3% of its economy in 2016, the largest share of production since Russia became an independent state in 1991.