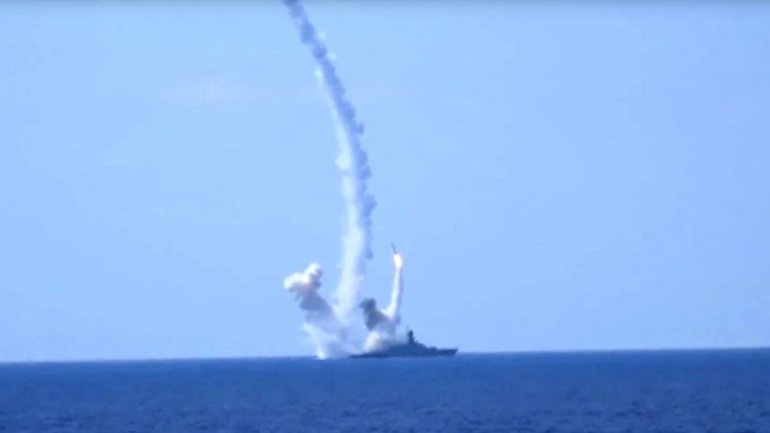 Russians warships in the Mediterranean Sea have fired four cruise missiles at the Islamic State group’s positions in Syria, the Russian defense ministry said on Wednesday, according to Associated Press.

The ministry said in a statement that the Admiral Essen frigate and the Krasnodar submarine launched the missiles at IS targets in the area of the ancient city of Palmyra. There was no information on when the missiles were launched.