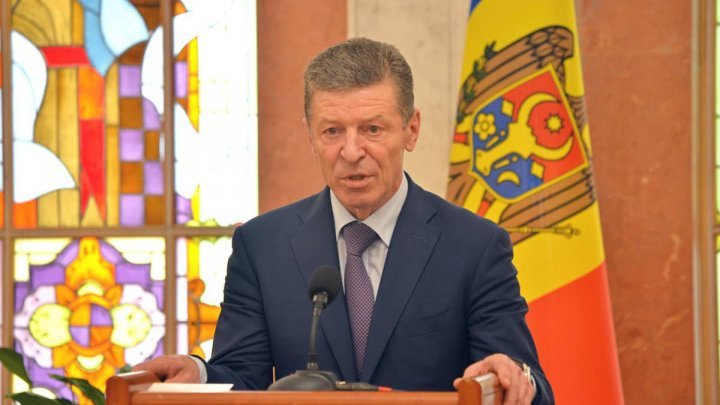 Moscow will not involve in the creation of Moldova's governing coalition, confirms Dmitri Kozak, the Russian Vice Prime Minister at a briefing after the meeting with President Igor Dodon.

"Before the final consultation, you should know our position. We will not involve in Moldova's internal affairs. It's the party's responsibility towards the voters", said the Russian official.

He also said that Moscow is handling other issues on Moldova-Russia economic relations. Moreover, Kozak declared that Moldovan people working in the East should benefit from supports from both sides.

"Around half a million Moldovan people are working in Russia who have sent home 1.5 billion dollars. We need to have a good relations with Chisinau administration so that they are supported. There are 900 Russian companies operating in Moldova. They should know they are supported as well", added the official.

In turn, President Igor Dodon said that our country must retain a good relations with both the East and West.

"Russia is our strategic partner. We're firm to promote a foreign political balance. We will collaborate with EU as well. But it doesn't contradict with our foreign policies", said Moldovan President.

Dmitri Kozak is a special representative of Russia for commercial-economic relations with Moldova. He paid a visit to our country on Monday.